Earlier this year, Tesla activated our Tesla Solar Roof system with two Powerwalls in the garage for storage. After 6 months of playing with the system, I’m excited to report back with the pros and cons of the system. Most importantly, I want to revisit my decision to buy a Tesla Solar Roof to see if I would do it all over again or if I would have simply installed a normal photovoltaic solar panel system.

We installed our first solar system on our home in 2011, eventually expanding it to a 17 panel, 4.4 kW system. When our home burned to the ground in late 2017, a solar-plus-storage system was a fundamental element of the new design. As a result, our new home is fully electric and doesn’t even have a gas line run to the house.

To find the best option for our new home, we secured quotes four quotes for different solar systems, including one for the brand spanking new Tesla Solar Roof. After a thorough analysis of our options, we signed up with Tesla. A few months later, they installed a brand new 10.59 kW Tesla Solar Roof with 2 of Tesla’s 13.5 kWh Powerwalls in the garage for storage.

Because we were so early, Tesla installed version 2 of the Solar Roof on our home. Version 2 used individual roof tiles and was really Tesla’s first attempt at making a scalable version of the solar roof product. A few months after we inked our deal, Tesla launched version 3 of the Solar Roof, with larger tiles optimized both for manufacturing and installation. The new system cranks out more power per roof tile and perhaps more importantly, does not require installers to cut any glass tiles to fit the system onto a customer roof. The result is a more durable roof that produces more power, can be manufactured at scale, and installed faster. Winning!

I unpacked the cost of the Tesla Solar Roof system compared to traditional systems at the time, but it’s worth noting that prices for the Solar Roof have come down significantly since then due to the aforementioned optimizations achieved with version 3. I unpacked everything I learned over the course of the installation in an article that walks through everything I think you should know before ordering a Tesla Solar Roof.

The Tesla Solar Roof provides both a roof covering and a photovoltaic solar system in a single package. Integrating both lets Tesla tap into the money typically allocated for a traditional roofing system and the cost to install a residential rooftop solar system with a single product. The result is a product that produces a better return on investment and a more durable roof at the same time.

When we installed our Solar Roof, my analysis estimated we would save more than $53,000 over 25 years compared to the cost of purchasing a traditional roof and paying for electricity from the local utility. More than a justification of the Solar Roof purchase, the savings illustrate the base case for installing a rooftop solar system. Compared to a traditional rooftop solar system, the cost of our solar roof was effectively neutral. We opted for the solar roof because it was a more seamless product and was aesthetically better looking.

On the production front, the system silently cranks out power day in and day out. We don’t think about it. We don’t really see it. It just works and that’s beautiful. That’s the future. In the first six months of production, we tracked the output of the system and it is producing enough for our needs. In the first few months as we exited winter, the system slightly underproduced versus our usage. Conversely, in the summer months, it produces more than we need, resulting in a credit with our local utility.

The overproduction is exacerbated by COVID-19, as we are not driving nearly as much as before the pandemic. This has allowed us to change our Powerwall settings to the time of use mode, which tends to push power back to the grid during peak grid usage periods, powering the house from the Powerwalls. On the other side of the coin, we use power from the grid at night. It feels strange to not be maximizing our consumption of the power generated by our solar system, but using the time of use mode results in a more stable grid and ultimately, lower emissions for everyone.

Installing a Solar Roof also means the entire systems is installed to maximize the collective goals of a roofing system. First and foremost on that list is protecting the home from rain. This is optimized by the Solar Roof as the entire system was designed to optimize the longevity of the roof and the production from the solar cells. Compared to a traditional solar system that requires aftermarket penetrations through the existing roofing structure, a unified solar roofing product like the Tesla Solar Roof should provide the best of both worlds.

As with anything, the Tesla Solar Roof isn’t perfect. Being made of glass is the roof tiles’ greatest strength and greatest weakness. Glass is super strong when it comes to weatherization and direct impacts, but is at the same time, weak when cut or subjected to excessive pressure. Because our version 2 roof required tiles around the edges to be cut with a saw, there is always a risk of those panels breaking and needing replacement. This has been fixed in version 3, but unlike Tesla vehicles, we can’t fix that flaw in our Solar Roof with an over-the-air software update.

Walking on the tiles feels a lot like walking on a Spanish tile roof. It creaks and groans under the strain of my ~200 pound frame. It may stand up to a flurry of golf ball sized hail, but it would struggle to hold up under a lot of direct foot traffic. It’s something we’re aware of and plan to work around the next time our home is in need of any work to the windows, stucco, and paint above the Solar Roof on the first floor of our home.

Being made of glass means it can be surprisingly slippery. That applies when it is wet, but also when the roof tiles are coated with other substances like dust or dirt. Our neighborhood has been under construction for the better part of the last 3 years due to the fire in 2017, so our Tesla Solar Roof system has had to live with a thin film of dust for the better part of its life. That’s not idea for optimal solar production or for safety.

Which brings me to another challenge with the system. I have no idea how to clean it. To date, I have made do with a simple hose down every couple of months, but it’s clearly sub optimal. Dust and persistent donations from our flying feathered friends demand a more robust solution than a simple rinse. The challenge is magnified by our two story home, with much of the roof slope all but inaccessible from the ground.

The Solar Roof is great. It has kept us dry, produced power, and looks beautiful. We regularly get comments from neighbors, contractors, and local Tesla drivers who notice it. But those are the table stakes. The real competition are the traditional bolt on solar panel-based system that have decades of optimization behind them.

If we would have gone with a traditional solar panel system, we would have been able to generate more power each year. This is due to the increase in efficiency and more dense coverage a traditional system is able to produce. This is somewhat mitigated in version 3 of the Solar Roof, with its larger roof tiles, and speaks to the challenge of building a product that looks good, functions as a roof, and produces solar.

Our Tesla Solar Roof system produces enough power for our fully electric home and two electric vehicles, so it was not a major constraint for us, but it could be for other homeowners. Home with larger energy consumption per square foot of available roof, or partially shaded roof surfaces may need to maximize the output of the available roof. In these cases, a traditional solar panel system might be a better option.

Since we purchased our Tesla Solar Roof, Tesla introduced the lower cost version 3 of the product and improved its traditional solar panel offerings. Running a cursory check to compare pricing for the two options, Tesla has taken a leadership position in both categories. Tesla is quoting a very attractive $1.49/Watt after rebates in the US to purchase a traditional solar panel system.

A Tesla Solar Roof is still more expensive than installing an asphalt composite shingle and adding a solar system in most areas of the country. Stepping up to some of the more premium roofing materials like concrete tile, Spanish tile, or metal and the Solar Roof becomes far more attractive very quickly.

Today, the Tesla Solar Roof is only available as a textured tile, but three additional versions are expected, including a Spanish tile look, slate tile look, and a modern smooth tile. The limited options for different looks today is definitely a limiting factor, but something Tesla is already working to address for the future. A number of patents have been filed to this effect.

In summary, the Tesla Solar Roof is likely to be an attractive option for an increasing number of buyers today. With Tesla’s track record of continuous improvement, it is likely to continue to become even more financially — and aesthetically — attractive in the future.

To run the numbers for yourself in just a few minutes, you can use my referral code to save $100 on a new Tesla Solar system or on a Tesla Solar Roof. Tesla is just one of many solar providers out there, so don’t go with Tesla just because I did. I compared offerings from Sunrun, Sun Power, sonnen, and Tesla before making what I felt was the best decision for my family and recommend you do the same.

The future is electric. Electrify everything. Make it efficient. Power it with solar. Boom.

Elon Musk: Tesla to unveil core structural design overhaul for how cars are made 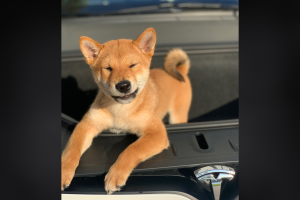 Four years ago, a member of the United States Air Force put 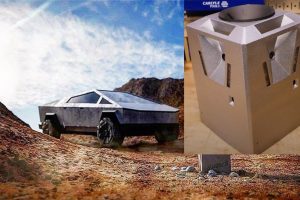