First of all, when we speak about the Tesla Community, we must identify whom we are designating. This community can be broken down into four subcategories.

Each of these four will be the owners of Tesla Vehicles or Power owners who avidly engage in meetings with other owners of Tesla or keep up-to-update with the latest news from Elon Musk and Tesla.

Generally speaking, these people are very rational and love to express their passion for their EV, for example, not because they want to boast about it but because they are very happy with the product in general and want to express about their driving experiences or the new autopilot updates.

It is in this subcategory where individuals appear to have the most defined sense of mutual assistance. To offer an example, in the Netherlands, a band of Tesla owners came together to grant an EV enthusiast a bucket list wish, surprising him with over twenty Tesla cars. Many instances of owners joining together to fulfill the wishes of Tesla fans have been registered.

After raging wildfires devastated the homes and livelihoods of many people in Australia last year, Tesla owners banded together again to help raise money for the people who lost so much. We are seeing the same thing happen again, except in the US this time.

All of these acts are genuinely positive, and no matter how much you hate Tesla as an organization, it would be untrue to suggest these people have a negative effect on those acts. If you google “Tesla Owners” and then add your country or state, you’re nearly bound to find one of those groups near you.

The Tesla Fans will be the second subcategory. These are individuals who do not own shares of Tesla or an EV, but merely follow the company’s development. It’s fascinating to see the news, the controversies and, most importantly, the cutting-edge technology that comes out of just twenty years ago.

Most of these people seem to be young and recognize that it is important to talk about sustainability to make the wheels of the future turn. Tesla offers comfort because it is one of the few car manufacturers to constantly aspire to change the future.

Tesla investors are encapsulated in the third subcategory, which are the stock owners. Investing in Tesla until this year was seen as a risky venture because the company was shrouded in uncertainty, mainly because the media had a very negative view of the carmaker. Short sellers saw TSLA stock as an easy target, expecting the profit from the company’s failure. Little did they know that they would buy stock for the opposite reason if they had only looked into Tesla’s results. Many who have bet on the increase in stocks have seen prolific returns, especially this year.

The Tesla media group is the last of the four subcategories. Tesla YouTubers, authors, Gigafactory building coverers, and even owners are grouped together. They provide updates on the new Tesla tech, review products, and send footage of the Gigafactory building developments.

Obviously, it is possible to be somebody who transcends the limit of any one of these subcategories, in reality it is entirely possible that someone may be part of all of them.

The set views of many are what can often make the group toxic. Most individuals use this network as an ecosystem, get their news from the Tesla media (as you do now) and then see tweets from Tesla owners, Tesla shareholders, and Tesla fans. This tends to make people very protective of Tesla, violently pushing back other EV companies trying to achieve the same goal.

There is a certain level of hypocrisy with most Tesla followers pretending to be following Tesla because of its mission to transition the world to sustainable energy, but then becoming violent when another EV makers want to enter the market.

There is very little space for maneuvering to diverge views, making part of the party a bit toxic.

It is important to note that the fact that such a culture exists entirely is a testament to individuals adhering to the ideals of helping others, trying to change the future, and giving a voice to all.

Within this closely knit culture what do you think could be improved?

All cars need maintenance and refueling or recharging. The greater the distance, 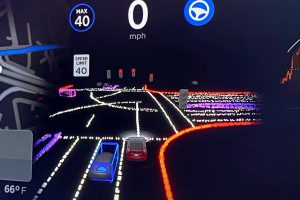 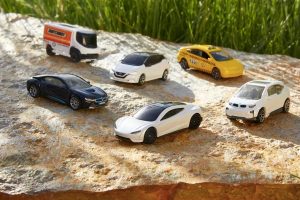 NASCAR might be exploring an electric series, and they can learn much