After releasing Tesla Short Shorts, Elon Musk has remained true to his word, with the CEO also remarking that he has purchased a few XL ones for himself. With the upcoming 2020 Annual Shareholder Meeting looking to be an event with some participants proudly dressing up the latest and boldest in Tesla’s apparel line, there’s only one other product yet to be released for the ultimate party: Teslaquila.

In the wake of the announcement on Tesla’s official shop of the imminent launch of the Short Shorts, Elon Musk confirmed that Teslaquila is indeed “coming soon,” suggesting that the CEO has not given up on launching the cleverly called tequila. There are a few things that could go perfectly, after all, with a pair of short red and gold shorts, and Teslaquila is certainly one of them.

This was a long time coming for Teslaquila. The product was initially mocked during the notorious joke of April Fools in Musk 2018, which featured him “passing out” with a cardboard sign reading “Bankwupt!” In the summary of the post, Musk stated that Tesla’s workers had found him passed out and surrounded by bottles of “Teslaquila.” It wasn’t long before Tesla owners and enthusiasts asked the CEO if a real alcoholic beverage with the name would actually be made.

Musk was playing with the idea, of course, and Tesla filed an application with the US Patent and Trademark Office (USPTO) for an alcoholic beverage marketed as “Teslquila.” Sadly for the company, the application was denied by a patent examiner because of another alcoholic beverage with a name supposedly too close to “Teslaquila” named “Spirit Tesla.”

Tesla’s legal team then argued that the two beverages — “Teslaquila” and “Spirit Tesla” — will be impossible to be confused with one another. Legal team of the electric car manufacturer noted that “Teslaquila” is instantly recognizable as an EV and battery company, while “Spirit Tesla” is recognizable as a cocktail that invokes a link to Nikola Tesla himself. As Teslaquila is a distilled agave liquor and Spirit Tesla is a plum brandy, also known as Slivovitz, the two drinks will be distinct from one another.

Because Teslaquila has been delayed for a while, it should be noted that it also took some time to put Tesla Short Shorts on the market. The shorts were announced in August 2018, just a few months after Teslaquila’s initial announcement. With this in mind, it definitely seems as if Teslaquila might be next for the growing selection of eclectic products from the electric car manufacturer. 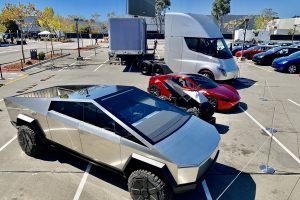 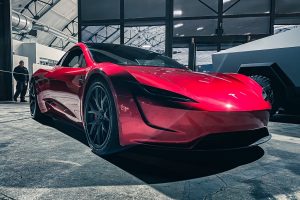