Tesla (NASDAQ:TSLA) ended on a high note last year, with the electric car manufacturer revealing it had achieved its ambitious, self-imposed goal of manufacturing and selling half a million vehicles by 2020. With these outcomes in mind, as well as the momentum of TSLA stock that it has built up over the past quarters, there are strong hopes that Tesla’s numbers will also be impressive this Q4 FY 2020.

Analysts expect a substantial improvement in TSLA’s adjusted earnings per share on strong revenue growth compared to the year-ago quarter. Here’s a list of what the EV community will expect from the earnings call for Tesla’s Q4 FY 2020.

Analysts expect Tesla to sustain its profitability in Q4 2020, after a record year. The latest Wall Street expectations for Tesla’s Q4 2020 revenue stands at $10.473 billion, while Estimize, a crowdsourced site that aggregates forecasts from analysts, managers, fund managers, and scholars, expects Tesla to report $10.657 billion in revenue.

According to Wall Street consensus, with its traction over the past quarters, Tesla is forecast to report $1.04 earnings per share. On the other hand, estimate lists its Q4 2020 forecast at a more positive $1.08 per share for Tesla’s EPS.

Tesla is expected to share some information about the company’s flagship vehicles, whose production was halted late last month, in addition to its financials. There seems to be a good possibility that Tesla will reveal its plans for the two vehicles in the Q4 FY 2020 earnings call, despite reports of an upcoming “refresh” for the Model S and Model X, as well as sightings of apparent test mules of the revamped flagship sedan around the Fremont plant.

Tesla’s Battery Day event revealed the company’s custom-designed 4680 batteries, and since then, both in the United States and in foreign countries, the electric car manufacturer has gone on a recruiting spree for its battery team. Tesla and its executives will share some of its plans for the launch of its latest battery in the forthcoming call, including the 4680 cells currently being manufactured at the Roadrunner site in the Kato Rd. plant, with Gigafactory Berlin poised to start Model Y production later this year, and with the apparent rollout of the Model S and Model X ‘refresh’ in the Fremont factory.

In recent months, Tesla’s FSD beta has been rolling out to a limited community of testers, and it appears that changes are coming rapidly based on videos posted online by owners. With Tesla’s FSD beta now managing inner-city streets more effectively, and with the system now carrying out whole city-to-city drives without human interference, Tesla may soon expect to roll out the more advanced FSD features to more customers. Potential information can also be addressed for such a program, along with updates such as a subscription-based payment model.

Tesla is expected to hold its Q4 and Full Year 2020 earnings call after markets close on Wednesday, January 27, 2021. 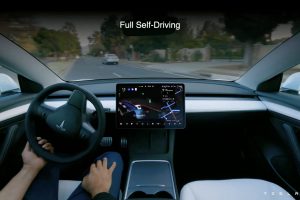 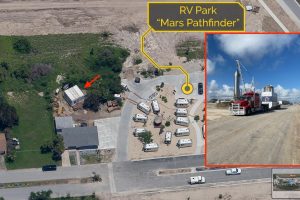 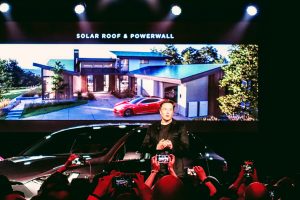