Tesla’s 62-stall V3 Supercharger project will be a topic of discussion at this evening’s Santa Monica City Council meeting. The site of 1401 and 1421-1425 Santa Monica Boulevard was originally the planned location of Tesla’s largest V3 Supercharging station in the world. However, an Emergency Interim Zone Ordinance delayed the project. A Santa Monica City Council agenda for the March 30th meeting shows there could be a reconsideration in the Emergency Ordinance for the two lots where Tesla planned to install 62 of its fastest electric car chargers. The ordinance temporarily reserved the area for affordable housing.

On March 4th, the Santa Monica City Council chose to approve the 62-stall Tesla Supercharging station. Just days later, the City Council included the two lots that Tesla had chosen in an Emergency Interim Zoning Ordinance that reserved the land for condos and apartments. It didn’t scrap the project completely, but it would delay the Supercharging facility for a minimum of 45 days and could be extended to two years. The March 9th meeting effectively reserved unoccupied lots for prospective housing development. Tesla’s lot fit the bill, and the project lost its momentum.

Instead of having housing be introduced in previously chosen areas, the City Council is now considering new regions of Santa Monica. In particular, regions that have not been used for affordable housing in the past are being considered heavily. This bodes well for Tesla’s Supercharger project on Santa Monica Boulevard because some of the listed areas in the Update show that housing could be pushed further north, several blocks away from the planned area for the V3 Supercharger lot.

“In order to take steps towards addressing Santa Monica’s past history of housing segregation, the Commission supported introducing housing potential, particularly affordable housing, in areas that have historically not accommodated housing, such as Montana Avenue, the Office Campus zone, and Main Street, especially on city-owned properties such as surface parking lots.”

The City Council was also not supportive of introducing new housing potential in the Industrial Conservation Zone. This is denoted by the dark grey areas located about two blocks south of the planned Supercharger project. Several concerns, including historic racial inequities, existing overconcentration of affordable housing in proximity to the area, and “the need to ensure the City’s economic sustainability by retaining former industrial properties for businesses” make the area ideal for market-rate housing, but not affordable housing. Because of the Supercharger location’s proximity to the area, this bodes well for Tesla’s project, as affordable housing is already available in plentiful amounts and the City Council is more interested in moving housing opportunities to the highlighted areas.

The Update does mention that the “Commission was supportive of increasing housing potential on vacant parking lots associated with commercial uses,” but there are plenty of lots that fit those specifications in Santa Monica.

The Santa Monica City Council will hold a meeting tonight at 5:30 PM PST to discuss the new recommendations. The meeting could bring new momentum to Tesla’s Santa Monica Supercharger project if the area it has chosen is exempt from the Emergency Interim Zoning Ordinance.

The Update to the Santa Monica City Council’s Housing Recommendations is available here. 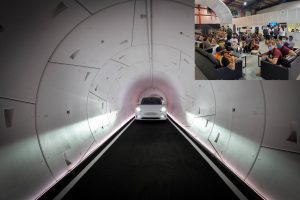 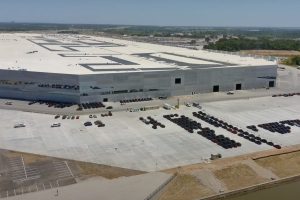