Employer branding specialist Universum has announced its list of most appealing US student employers for 2020. Two Elon Musk-led firms, Tesla and SpaceX, ranked as the most attractive companies for engineering students in the United States as opposed to last year with the electric car manufacturer listed at No.1 and the No.2 private space company.

The results of the 2020 study by Universum are largely in line with the 2019 findings of the company, which listed SpaceX as No.1 and Tesla as No.2. Interestingly enough, Tesla is currently the lone automaker among engineering students in the Universum Top 10 list, with the next carmaker, Ford, placed at No.12. At No.15 stands fellow American automaker General Motors.

Tesla also ranked well among business students, apart from being the most attractive employer for engineering students in the US. Tesla is at No.8 on its list, far away from other car manufacturers such as Daimler (No.65), Toyota (No.80), and GM (No.95). For computer science students, Tesla is also ranked as the 5th most attractive employer. Other car manufacturers, such as the BMW Group (No.51) and Toyota (No.60), are considerably lower on the Universum list.

Tesla is not regarded as an easy company to work for. Quite the opposite, as CEO Elon Musk is known for his ambitious company goals and his heavy demands on his workers. Nevertheless, despite this, Tesla is also regarded as a place of work where creative minds with as little red tape as possible are heard. Handshake, a student career-services app, previously noted in a study that Tesla’s intense work culture is actually among the reasons why young, motivated job-seekers see the company as an attractive place of employment.

For Tesla, the capacity to attract the most creative minds is a huge advantage. The organization is seeking to reach goals that are highly ambitious, and it is also following them shamelessly. Tesla must be able to recruit as many skilled and motivated workers to succeed in its endeavors. Fortunately, it could very well be a perfect combination to ensure that Tesla retains a strong workforce in the coming years by combining its goal, the allure of being an atmosphere that encourages innovation, and the presence of a visionary CEO.

Below is the Universum 2020 list of the most attractive employers in the US.

Every crisis presents opportunities, ‘tis said — but when looking at facts 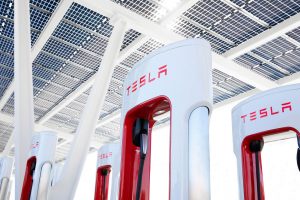 Tesla has officially entered the restaurant business, as a new trademark application 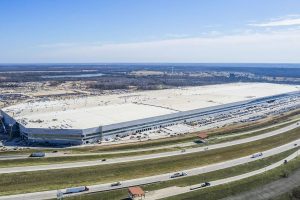