Owing to the tremendous success of the automotive side of the company, Tesla’s energy sector is put off to the side. Although the growth of Tesla’s automotive industry has influenced a stock price increase of over 700 percent over the last year, venture capitalist Chamath Palihapitiya says that the market capitalization would double or even triple due to demand when the company’s energy sector takes off.

“I think that the reality is that Tesla is a distributed energy business,” Palihapitiya said to CNBC. “They are figuring out how to harness energy, how to store it, and how to use it in a way to allow humans to be productive. Cars are a manifestation, but solar panels are as well, Powerwalls are as well. I’m telling you right now…the big disruption that’s coming is to power utilities.”

Over the past few years, Tesla has developed itself as a principal player in the alternative energy market. Although the company is most famous for its vehicles, which are the world’s most popular battery-powered cars, investment firms offer the energy division little recognition. Investors are well aware, however, of the impact the company has on the demand for renewable energy and energy storage.

Tesla was also able to reduce the cost of its solar panels, making them one-third as costly as the national average. By reducing soft costs, including doing away with salespeople, the business has been able to make its solar program more competitive.

Palihapitiya, a long-standing investor in TSLA, is keen on the idea that the energy sector will take off in the next few years. Tesla has set a huge future for increasing support for renewable energy, especially considering their solar panels and energy storage solutions are more affordable than competitor options.

“There are trillions of dollars of bonds, of cap backs, of value sitting inside the energy generation infrastructure of the world, that is going to go upside down. When that goes pear-shaped, Tesla will double and triple again,” Palihapitiya added.

Palihapitiya was brought on to speak about many issues, but the new title of his long-time friend Elon Musk as “The Richest Person of the World” also came up, and he expressed his support for the CEO of Tesla. “The world’s richest person should be somebody that’s fighting climate change.”

The full CNBC interview is available below.

Tesla to produce $25K car as early as 2022 in Gigafactory Shanghai: report

Despite setting new records and proving skeptics wrong in the first quarter, 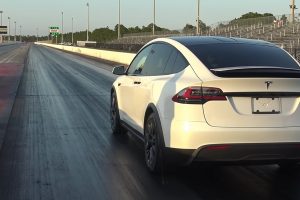 Tesla’s Plaid series seem to be created for one thing. They exist 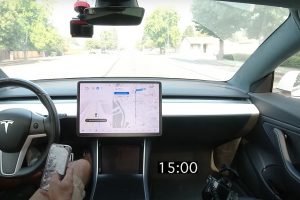 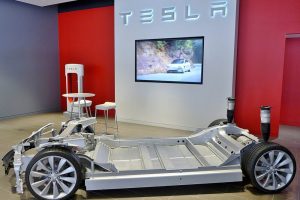