As Tesla reaches new heights and Wall Street firms start acknowledging the electric car maker’s potential, CEO Elon Musk has blazed the trail for a new breed of billionaires across the globe. Interestingly enough, Musk and his fellow billionaires are making their fortune not through non-sustainable commodities like fossil fuels. Instead, they are creating empires established on the shoulders of sustainable energy and renewable technologies.

In a report published on Tuesday, Bloomberg Green noted that as the climate crisis accelerates, the fastest-growing fortunes in the world are now green, thanks in no small part to tycoons like the Tesla CEO who have amassed their wealth amidst the clean energy boom. Musk, for example, saw his net worth soar 622% last year to $199.2 billion, with 91% of that amount (around $180.8 billion) representing his holdings in EV maker Tesla.

So notable was the rise in Musk’s net worth that he recently came the closest of any modern billionaire to matching the inflation-adjusted value of John D. Rockefeller’s Standard Oil empire. In a way, this is almost symbolic, considering that one and a half centuries ago, Rockefeller emerged as the richest person in history by revolutionizing the oil industry. Elon Musk’s emergence as the world’s richest man now means he has a shot at taking Rockefeller’s crown by rendering the oil magnate’s main product obsolete.

Bloomberg notes that Tesla’s remarkable rally in 2020 indicates that the world is now essentially acknowledging the dangers posed by climate change. Together with the election of new US President Joe Biden, an avid advocate of sustainable technologies like electric cars, the renewable energy movement has gained a lot of momentum. The S&P Global Clean Energy Index has soared 231% since April, for example, and the 15 biggest fortunes derived from the climate-solutions industry have totaled $355 billion. That’s over twice the market cap of Royal Dutch Shell Plc and 4x that of BP Plc.

Following Musk as the world’s green billionaires are tycoons from China, such as CATL’s Zeng Yuqun, Huang Shilin, Pei Zhenhua, and Li Ping, whose green net worth stands at $60.7 billion. Chinese executives that are involved in the electric vehicle movement, such as Wang Chuanfu, Lv Xiangyang, and Xia Zuoquan of BYD and Li Bin of NIO, have seen their fortunes rise amidst the widespread adoption of green technology. Anthony Pratt of Pratt Industries, the world’s largest privately-held producer of 100% recycled paper and packaging, and Aloys Wobben, a wind turbine magnate, saw their net worth sit comfortably in the billions as well.

Andy Wong, chief investment strategist of LW Asset Management, described the momentum of the sustainable energy sector in a statement to the publication. “It’s a new generation of growth in the clean energy sector, and it has just started. With the technology upgrades in smart grid and energy storage, the rollout of new products—no matter whether it’s for solar panels or electric vehicles—is faster than before and consumers are also adapting to the upgrades quickly,” Wong said. 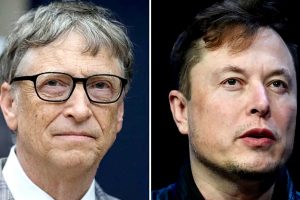 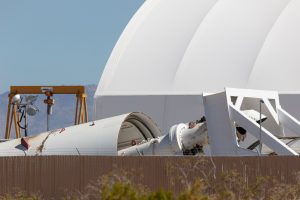