Tesla’s Battery Day is coming tomorrow after the electric car maker’s 2020 Annual Shareholder Meeting. Tesla is expected to discuss the specifics of its next-generation battery cells during the event, as well as their role in the world’s acceleration in sustainable energy. Real information about Battery Day were pretty scarce except for a few possible leaks, but that didn’t stop the Tesla community from speculating about what the highly awaited event would entail.

Tesla Daily’s Rob Maurer recently shared a succinct overview of the current expectations for Battery Day, compiling a list of topics that the electric car maker might cover during the event. A list of expectations on what Tesla might address follows, as the company finally demonstrates to the world what it has been working on with regard to its battery technology.

Tesla has been teasing that it would be going into the production of battery cells. Until now, leaks say that the company is about to adopt a larger form factor for its batteries, similar to how Tesla launched the 2170 cells for Model 3, which were larger than the 18650 cells used in Model S and Model X. Leaks pointed to Tesla’s new cells likely adopting a form factor of 54×98, which has about 10x the volume of a 2170 cell.

As they pass around in the cell, the electrons and ions migrate greater distances with larger form factors, producing more friction and heat. This is a huge downside to larger cells, but Tesla’s tabless battery patent may hold the key to solving this issue. The distance traveled by electrons and ions is greatly reduced with a tabless battery cell design, thus reducing the inherent disadvantages of large cells. Such a design has a range of benefits including increased energy density and a more efficient production process.

Speculations prevail that the amount of silicon it uses in the anode of its next-generation cells will be addressed by Tesla. The more silicone it uses, the higher the energy density. The use of silicon, however, typically results over time in cracked anodes, decreasing battery efficiency and life. It is something that battery researchers have been trying to accomplish for a while now to add more silicon into the anode, so it would be very important if the electric car manufacturer would also announce some headway into the use of silicon.

Tesla may also explore the technology of Maxwell and how it is used for the company’s electric vehicles and energy storage products. Prior to its acquisition by Tesla, Maxwell had produced various inventions, but its dry battery electrode tech is arguably the most important aspect of the company’s work in relation to the electric car manufacturer. Considering that conventional lithium-ion batteries manufacture their electrodes in a wet slurry format (a very lengthy process), dry electrode technology could not only significantly improve the energy density of Tesla’s cells, but could also improve the battery production output itself.

Today, Tesla’s battery packs feature cells packed into modules that are then packed into a pack of batteries. Back in the days of the original Roadster, battery modules were used to take out parts of the battery that would need to be replaced without removing the entire pack. However, that was 12 years ago, and a lot has happened since then. Tesla has shifted from a budding niche electric car maker to the maker of the best-selling EVs on the market.

As Elon Musk noted in the past, today’s battery modules are more or less just an extra step, taking on weight without actually serving a valid function. Musk then claimed that the future is to stack cells without modules, implying that a cell-to-pack system would be used for the company’s next-generation batteries. Such an invention provides Tesla with various advantages, from lower manufacturing costs to potentially even better energy density.

Battery Manufacturing and The Roadrunner Line

Tesla’s mission, which is to accelerate the advent of sustainable energy, has always been very clear to Elon Musk. Key to this objective is getting enough batteries to make such a change. With this in mind, the potential developments that Tesla will address on Battery Day: a larger form factor that would allow the company to manufacture fewer cells to get the same amount of energy; a cell design for tables that could make production easier; dry electrode tech that could significantly increase each battery’s production capacity density; and a cell-to-pack design that could facilitate production.

It is expected that the Roadrunner project in Fremont will be a central component of Tesla’s battery production plans, showing attendees at the event how rapidly the company will manufacture its battery cells using its in-house production process. Having made references to a game called “Factorio,” which happens to be a title based on increasing and sustaining advanced, productive factories, Elon Musk seems to be hyping the Roadrunner line on Twitter even recently.

There has been strong talk about the million-mile battery for Battery Day. Despite heavy use, Tesla’s electric cars are already capable of lasting for a long time, but with batteries and powertrains that could last a million miles, the company could build a generation of vehicles that are planned for an extended period of time to still be operational. Then millions of miles of batteries are critical for Tesla’s plans to carry out a Robotaxi service that includes vehicles traveling long distances per year.

Bearing in mind Tesla’s battery advances, speculations are high that the company will unveil the first vehicles carrying its next-generation cells on Battery Day. The Roadrunner cells tend to be a fine fit for cars such as the Plaid Model S, Plaid Model X, and next-generation Roadster, among Tesla’s ongoing ventures. Elon Musk reported that all three vehicles feature the company’s new “Plaid Powertrain,” which has been extensively teased for some time now. Interestingly enough, updates on Tesla’s Plaid vehicles have been pretty scarce lately, making an announcement on Battery Day somewhat likely.

Tesla’s Pillars Of Growth For The Next 20 Years 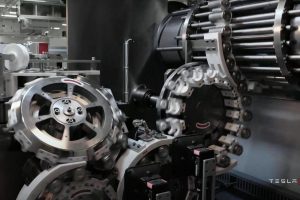 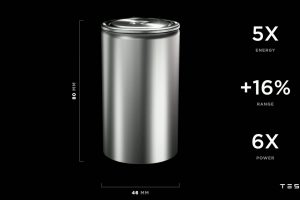