Tesla manufactures cars, batteries, solar panels, and now tequila. But the few hours that the most recent product on that list was available shows that advertising isn’t needed to create brand loyalty or a strong consumer base. Instead, Tesla creates a great series of electric cars and sustainable energy products. Pair that with a creative CEO that people believe in, and you can sell practically anything: Tesla and The Boring Company are great examples of this success.

After years of teasing a high-quality, agave-based liquor known as tequila that would dawn the electric car company’s name, Tesla Tequila finally hit the shelves after two and a half years of anticipation. It did not last long, however, as after a few hours, the $250 + tax bottle of booze that was shaped like a lightning bolt was sold out. A corporation that has never made tequila, or any beverages for that matter, and spends 99.9999999 percent of its time trying to figure out the world’s transition to sustainable energy sold out of its first batch in a relatively short period of time.

Tesla fans flocked to the company’s shop without knowing the nature of the alcohol they were purchasing, or whether it would be available again, and purchased up to two bottles per customer. Tesla has not confirmed whether a second batch would become available after selling out in a few hours. But if you didn’t get one, bottles for more than they were originally worth are still being sold on eBay. But don’t expect tequila to be inside it.

Tesla managed to market a product that’s not a car or a battery, all started by Elon Musk two years ago to make an April Fool’s joke. It is the latest testimony to the strange and unorthodox marketing strategy of the company. The thing is: it’s only strange if it doesn’t work. And besides, that money is going toward product development, which is more important to the company’s future, anyway.

It did succeed, though, and it’s not the first time. Musk’s Boring Company sold 20,000 Flamethrowers for $500 a piece in January 2018. On the Joe Rogan Experience, selling out in a few days, Musk promised that they would never make more of them and that it was a horrible idea. “You shouldn’t buy one. I said, Don’t buy this Flamethrower. Don’t buy it.”

But people bought it, and it sold out quickly. It’s also not a mystery why. Flamethrowers are cool, they were limited edition, and they were something that Musk had thought of, and every part of it was desired by fans.

More importantly, the same thing is going on with Tesla’s real products. Although the company has a concerted effort to produce a large volume of electric cars and energy storage devices, in order to keep up with demand, Tesla is working to improve its production capability. Novelty products include the Tesla Tequila and the Flamethrower. However, these cars will keep the Earth free of fossil fuels and massive batteries that will keep energy available for outage occurrences.

In the United States and Europe, the automaker is opening new production facilities and seeking to overcome the problems that come with manufacturing. It turns out that electric cars are gaining momentum over their gas-powered counterparts, and to persuade people to drive their cars, Tesla didn’t need to purchase any airtime or online advertisements.

It all comes down to producing a product that people love. You can sell something if you can create a stable base of clients who believe in the mission. It’s not important to advertise, and Elon Musk and Tesla have recognized that.

Is Tesla one company, or a collection of innovative startups? 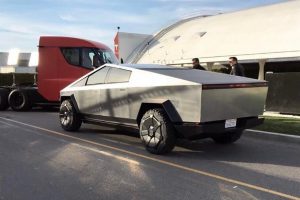 Tesla (NASDAQ: TSLA) faces a potential sell-off from investors if Cybertruck and

Tesla (NASDAQ:TSLA) shareholders will be voting on a potential stock split during 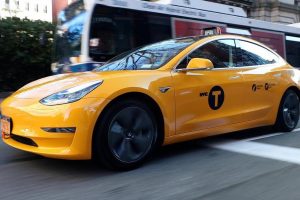