Earlier this week, Elon Musk said there’s a “good chance” settlers in the first Mars missions will die. And while that’s easy to imagine, he and others are working hard to plan and minimize the risk of death by hardship or accident. In fact, the goal is to have people comfortably die on Mars after a long life of work and play that, we hope, looks at least a little like life on Earth.

There are already major structural questions about how humans will settle on Mars. How will we aim Musk’s planned hundreds of Starships at Mars during the right times for the shortest, safest trips? How will a spaceship turn into something that safely lands on the planet’s surface? How will astronauts reasonably survive a yearlong trip in cramped, close quarters where maximum possible volume is allotted to supplies?

And all of that is before anyone even touches the surface.

Then there are logistical reasons to talk about potential Mars settlers in, well, actuarial terms. First, the trip itself will take a year based on current estimates, and applicants to settlement programs are told to expect this trip to be one way.

It follows, statistically, that there’s an almost certain “chance” these settlers will die on Mars, because their lives will continue there until they naturally end. Musk is referring to accidental death in tough conditions, but people are likely to stay on Mars for the duration either way.

When Mars One opened applications in 2013, people flocked to audition to die on Mars after a one-way trip and a lifetime of settlement. As chemist and applicant Taylor Rose Nations said in a 2014 podcast episode:

“If I can go to Mars and be a human guinea pig, I’m willing to sort of donate my body to science. I feel like it’s worth it for me personally, and it’s kind of a selfish thing, but just to turn around and look and see Earth. That’s a lifelong total dream.”

Musk said in a conference Monday that building reusable rocket technology and robust, “complex life support” are his major priorities, based on his long-term goals of settling humans on Mars. Musk has successfully transported astronauts to the International Space Station (ISS), where NASA and global space administrations already have long-term life support technology in place. But that’s not the same as, for example, NASA’s advanced life support projects:

In other words, while the ISS does many of these different functions like water recovery, people on the moon (for NASA) or Mars (for Musk’s SpaceX) will require long-term life support for the same group of people, not a group that rotates every few months with frequent short trips from Earth.

And if the Mars colony plans to endure and put down roots, that means having food, shelter, medical care, and mental and emotional stimulation for the entire population.

There must be redundancies and ways to repair everything. Researchers like 3D printers and chemical processes such as ligand bonding as they plan these hypothetical missions, because it’s more prudent to send raw materials that can be turned into 100 different things or 50 different medicines. The right chemical processes can recycle discarded items into fertilizer molecules.

“Good chance you’ll die, it’s going to be tough going,” Musk said, “but it will be pretty glorious if it works out.”

How A Tesla & Volkswagen Collaboration Could Help The Environment 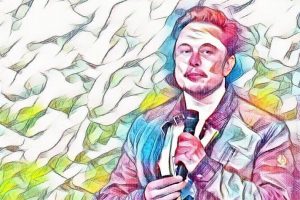 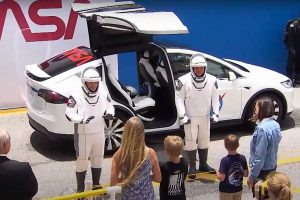 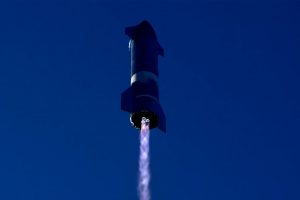