Elon Musk extended his thanks to Tesla users, who last week received the limited Full Self-Driving beta from the company. The data that Tesla gathers from early access FSD beta testers will be invaluable as the AI team of the company continues to improve and optimize the autonomous driving software of the EV automaker.

Last week, Musk revealed that later this year, Tesla plans to roll out the FSD beta to the general public. To make sure that the final rollout of the Final Self-Driving beta goes smoothly, Tesla will need all the data it can get.

Videos and other content recently posted by early beta testers showed how much more intuitive and human-like FSD reacts when on the road to its environment. The most impressive detail of Tesla’s FSD beta by far is how fast it improves.

Tesla enthusiast and “part-time comedy act” @WholeMarsBlog spoke on Twitter about the rapid growth of FSD beta. The Tesla owner’s first impression of FSD beta was that it operated like “a drunk baby driving a car.” “It’s a little questionable, but then you realize ‘holy s*** a baby is driving a car.’ Imagine what it’ll be able to do when it grows up,” tweeted @WholeMarsBlog.

Not long after, the Tesla enthusiast tweeted: “The FSD betas are improving shockingly fast. It almost seems like someone is fixing issues on the fly, and the time between builds is very short.” His recent assessment of Tesla Full Self-Driving beta suggests that the capabilities of the system are quite literally growing right in front of our eyes.

The gracious thanks of Elon Musk to early access beta testers highlights the role that customers play in the fast software enhancements by Tesla. After all, the better the autonomous driving software will be in the near future, the more data beta testers feed to FSD and the AI Autopilot team.

Currently, Tesla has obtained the most real-world data for autonomous driving. AI Director Andrej Karpathy of Tesla announced that as of February 2020, the company had obtained up to 3 billion miles of real-world data from its fleet, noted Lex Fridman.

In addition, as of date, Waymo has accumulated 20 million real-world miles. Waymo is one of Tesla’s largest autonomous vehicle rivals, and is also considered to be one of the self-driving technology pioneers. Needless to say, the big gap in the real-world data of the firms is striking.

For the billion miles worth of data the company has obtained for FSD, Tesla owners can be thanked. Right now, each and every Tesla on the road collects bits of knowledge that will help Karpathy and the AI team of the company polish Full Self-Driving.

It must, however, be refined before any FSD updates are issued to the entire Tesla fleet. Hence, the importance of beta testers for early access. The information they share via YouTube, Twitter, etc and feed to Tesla, the more refined FSD beta will be once it rolls out to the general public.

Here’s what Tesla’s limited FSD beta can do today. 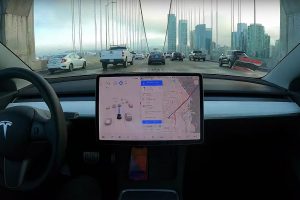 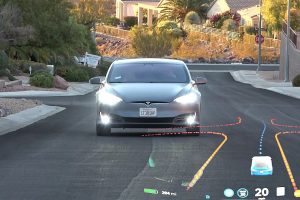 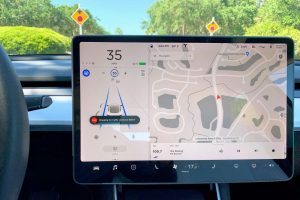 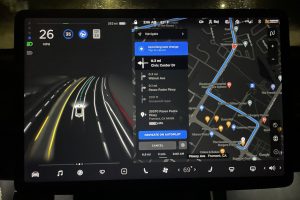