A proverbial bomb dropped on Tesla last year after CTO and co-founder JB Straubel revealed he was moving into an advisory role and walking away from his day-to-day duties within the company. Although Straubel told investors in his final earnings call that he was not “disappearing” from Tesla, after his departure he stayed notably under the radar. But as the date for the Battery Day of the electric car maker draws closer, it appears that some parts are slowly falling into place indicating that JB Straubel’s company, Redwood Materials, and Tesla, could come together at a key juncture.

It is no understatement to say that JB Straubel has been the cornerstone of Tesla’s industry-leading battery tech. Without Straubel’s imagination, most of the company’s breakthroughs in its battery-related projects, such as building the Gigafactory Nevada, would not have been possible. In fact, his contributions to Tesla’s battery tech were so notable in the early days of the business that he was eventually recognized as the electric car maker’s co-founder.

But even during his last years at Tesla, Straubel has noted that one primary feature of the EV transformation remains missing — closed-loop recycling of batteries. After all, battery electric vehicles are fantastic in the way they are zero emissions, but disposal of their batteries at the end of their lives poses significant challenges under closed-loop recycling is being created. “Ultimately what we want is a closed-loop, right, at the Gigafactories that reuses the same, recycled materials,” he said at the 2018 Annual Shareholders Meeting in Tesla.

Before leaving his regular duties at Tesla, reports emerged claiming that Straubel had founded a stealthy battery recycling startup named Redwood Materials. Interestingly enough, Redwood has based its activities in Nevada, the same state that hosts Gigafactory 1, Tesla’s largest battery facility to date. However, when news about Redwood first appeared in 2018, Straubel was swift to note that the operations of his recycling company are “unrelated to Tesla or to the Gigafactory directly.”

A new article from The Wall Street Journal has now revealed some interesting information which could clarify some aspects of Straubel’s statement back in 2018. Redwood has already persuaded Panasonic, Tesla’s battery partner at Gigafactory Nevada, to use Redwood’s technology to recover scrap from its facilities operations. Panasonic has recently begun a trial run involving Redwood reclaiming more than 400 pounds of scrap from its operations at Giga Nevada. The Japanese corporation seems to have been pleased with the performance of Redwood in the trial run, as Panasonic allegedly expanded its contract with the startup not long afterwards to 2 tons.

The WSJ reported that all the scrap coming from the side of Gigafactory Nevada’s battery production activities by Panasonic is being shipped for recycling to Redwood Materials. In a way, the alliance between Redwood and Panasonic seems to suit Straubel’s assertion back in 2018, when he noted that his company has no direct involvement with Tesla’s operations. That said, it’s obvious that Redwood’s tech is a significant move forward towards JB Straubel’s vision of a closed-loop battery recycling system.

Straubel’s plans for Redwood are ambitious as he aims to establish a recycling process that is so effective that batteries from retired electric vehicles and energy storage systems can be easily removed, recycled for their core materials and used to recreate new batteries. A closed-loop is created with such a device in place, and hardly any materials get lost. It’s an ambitious target, but it shows the understated commitment of Straubel that made him such a strong force in Tesla.

Interestingly enough, a section on closed-loop battery recycling is clearly included in Tesla’s latest impact report. Such a system at Gigafactory Nevada “presents a compelling solution to move energy supply away from the fossil-fuel based practice of take, make and burn, to a more circular model of recycling end-of-life batteries for reuse over and over again. From an economic perspective, we expect to recognize significant savings over the long term, as the costs associated with large-scale battery material recovery and recycling will be far lower than purchasing and transporting new materials.”

It remains to be seen if JB Straubel’s Redwood Materials and Tesla are still working together to recycle Gigafactory 1 batteries, and maybe even the company’s own Roadrunner program, but one thing is certain despite the lack of confirmation for now. One of Tesla’s brightest minds, who is probably the genius behind the company’s battery tech and initiatives, has started a thriving company that fills the critical gap in recycling batteries. And with such a crucial breakthrough at its doorstep, Tesla seems out of character to completely disregard the opportunities provided by Redwood Materials and its recycling technologies for batteries. 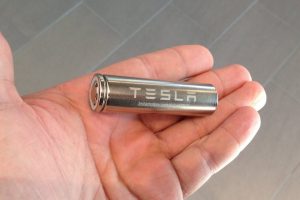 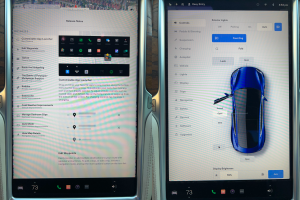 When Tesla recently conducted the initial rollout of its 2021 Holiday Update, electric 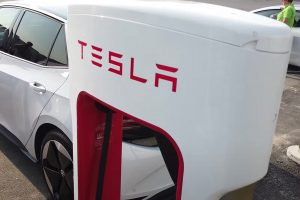 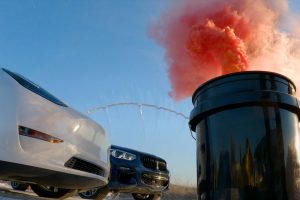