Elon Musk went from knowing very little about the automotive industry to becoming the CEO of the world’s most important carmaker by market cap during his 16 years at Tesla. The path towards the current position of Tesla in the electric vehicle market, along with the numerous small milestones achieved by the company over the years is partly due to the style of Musk. Without the “Elon Musk Method” the achievements of Tesla would probably not have been as significant, and most likely not as radical.

As noted in an article by Reuters, Elon Musk’s record has shown that beyond the bravado rockstar he often shows on social media sites such as Twitter, the Tesla CEO is a fast learner who is smart and strategic enough to forge partnerships with tech companies that Tesla needed. Musk would then follow this up by attracting the brightest people available in the field, before breaking through barriers that constrained more risk-averse businesses.

Tesla flourished as a vertically-integrated electric car manufacturer under Musk’s leadership. Musk is bent on making Tesla more and more autonomous, from computers to car seats and now to battery cells. A former Senior Executive at Tesla, speaking with the news agency, noted that Musk is consistently committed to seeking changes which would make things better, faster and cheaper. “Elon doesn’t want any part of his business to be dependent on someone else. And for better or worse – sometimes better, sometimes worse – he thinks he can do it better, faster and cheaper,” the Executive said.

Musk has always been trying to learn more about the car industry according to people familiar with Tesla’s plan in its early days. He does this by different means such as strategic alliances and active recruiting of talent. Tesla’s intention at that time was reportedly to build a digital version of Ford’s iron-ore-to-Model-A production system, developed in the late 1920s. Former Tesla Supply Chain Executive Tom Wessner observed that “Elon thought he could improve on everything the suppliers did – everything. He wanted to make everything.”

Of course the battery cells used for Tesla’s electric cars were among those components. Allegedly, Musk’s subordinates protested against the concept of producing patented battery cells, but the CEO remained adamant about his objective. A former veteran of Tesla who spoke to Reuters added that Musk’s response is well within character. “Tell him ‘No’ and then he really wants to do it,” said the veteran. This has occurred in the past, as Musk had reportedly been looking into the manufacturing of battery cells since 2011, long before entering a close relationship with Panasonic in 2013.

The partnership of Tesla and Panasonic may be defined as a roller coaster ride. During the Model 3 ramp, Tesla’s requests seemed to have strained its Japanese partner’s capacities, and rumors emerged last year suggesting that the two companies were growing apart. Yet even with Tesla’s Roadrunner cells’ upcoming debut, Panasonic maintains that it has a close links to Tesla. “There has been no change in our relationship with Tesla. Our relationship, both past and present has been sound. Panasonic is not a supplier to Tesla; we are partners. There’s no doubt our partnership will continue to innovate and contribute to the betterment of society, “a Panasonic spokesperson said.

It appears that Tesla’s long relationship with Panasonic is one of the Roadrunner project’s building blocks. True to form, to help build an in-house battery cell production line that could be ideally crafted for Tesla’s electric vehicles and energy products, Musk probably used the expertise he acquired from the veteran Japanese company. In a way, this parallels most of Tesla’s production collaboration in the past with Daimler. Daimler was an early investor in Tesla, and Musk has recently become very interested in sensors that could help hold cars in lane lines during the time. As a Senior Daimler Engineer has noted, the Tesla Model S then lacked the requisite cameras and driver-assistance sensors to fit the Mercedes-Benz S-Class flagship features. Musk and the team from Tesla then went to work, and result was history.

“He learned about that and took it a step further. We asked our engineers to shoot for the moon. He went straight for Mars,” said the Daimler executive.

How Tesla Battery Day can silence critics once and for all 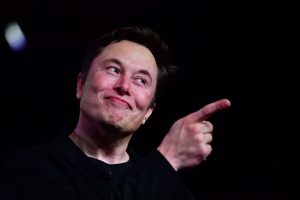