The Giga Press, a machine capable of manufacturing large, single-piece casts for vital components like an electric car’s rear underbody, will be used to create Tesla’s next generation of vehicles. IDRA, the company behind the house-sized die-casting machines, recently released a video outlining the machine’s growth, benefits, and potential iterations, including the 8,000-ton Giga Press that will be used for the Tesla Cybertruck.

IDRA General Manager Riccardo Ferrario explained in a recent video that the Giga Press is explicitly built to be as environmentally friendly as possible. The Giga Press, which has been in development for many years, will provide automakers with a variety of main benefits, including lower costs, less component handling, improved efficiency, lower energy usage, and lower CO2 emissions. As a result, these are critical considerations for a company like Tesla, which has identified itself as a leader in the sustainable transportation movement.

The IDRA executive did not name the company’s customer for the order, but all signs point to Tesla, which has already purchased several 6,000-ton Giga Presses from IDRA. Elon Musk, Tesla’s CEO, has also stated that the Cybertruck’s rear underbody will be cast by an 8,000-ton die-casting system, which is considerably larger than the Model Y’s Giga Presses.

We have increased our range of machines to encompass also another world first—an 8,000-ton die-casting press. And it is with great pride that I can announce, we have done it. It’s no longer just a dream or drawings on paper. It’s now reality. A reality that IDRA and the team behind the Giga Press have been able to execute in a very short space of time following the very high demand of our customer from all around the world.

The first-ever order for an 8,000-ton machine has now been received in March 2021. We are so excited about taking the idea of the Giga Press a step further and applying it directly to the SUV and truck market, which is an area, until now, not fully explored. Full electric trucks for transportation of goods used by companies such as DHL or Amazon can enlarge the market of Giga Press.

Tesla is currently putting the finishing touches on the Gigafactory Texas, where the Cybertruck will be manufactured. As a result, IDRA will have to put in a lot of work to ensure that the largest machine to date is delivered on time. However, if the executive’s message is any indication, IDRA appears to be just as willing to push the boundaries of the die-casting industry as Tesla is to push the limits of electric cars. This suggests that the 8,000-ton Cybertruck Giga Press will arrive in Giga Texas just in time to kick off development of the all-electric pickup truck.

Watch IDRA’s latest video on its Giga Press machines in the video below. 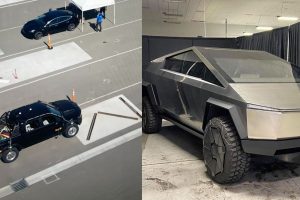 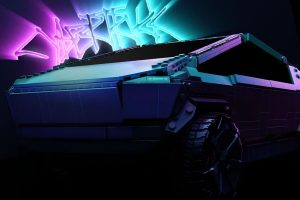 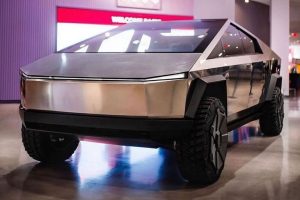