Elon Musk noted that, in a recent tweet, Tesla is making “minor changes” to the current version of the Cybertruck to make it “better.” Musk may have tweeted about the “minor tweaks” made to the Cybertruck’s design earlier this year by Tesla’s chief designer Franz von Holzhausen and his team.

Musk recently responded to an investigation by EV enthusiast @LouisFerreira, who questioned why the Cybertruck needed to be updated at all. “Even the small details matter,” explained the CEO of Tesla. In another recent tweet, Musk said that with its modifications in about “a month or so,” Tesla might release images of the refined Cybertruck.

Musk further explained during the TSLA Q3 earnings call why changes to the design of the Cybertruck needed to be made. “Generally, at Tesla, we really aim to make the car that is delivered better than the car that is unveiled. Because it always drives me crazy, car companies would unveil these awesome looking cars, like, great, you can’t wait until they make that,” he said.

“And then the car they actual[ly] make is like much worse, and—but it’s just—it’s like really disappointing? So man, we always want to make the car that we deliver be better than the car we unveil. And that’s the goal with the Cybertruck. So there’s like a lot of small improvements compared to what was unveiled. I think it’s going to be better than what we showed.”

Back in April, Musk indicated that Tesla was thinking of reducing the Cybertruck’s size by about 3 percent. Musk and Tesla’s design team eventually opted against making it smaller. There are conflicting opinions among the Tesla community about reducing the size of the Cybertruck. Some love its enormous scale and daunting manner. Others preferred a slightly smaller Cybertruck, at least one that will fit in their garages.

It seems that Musk and Tesla have agreed to release the Cybertruck for now in the original size that it was unveiled. Musk hinted that in the future, Tesla might release a smaller version of the EV pickup. The release of a smaller Cybertruck will depend heavily on the performance of the EV pickup’s first release.

In addition to its size, Musk has previously noted that the center line of the Cybertruck will be leveled more and the height of its window sill will be decreased in its production version. The all-electric vehicle manufacturer has also been working to increase the dynamic air suspension travel of the EV pickup for a better off-road experience. Musk spoke about changes in suspension so that the Cybertruck can also “kick ass” at Baja.

Any improvements to the Cybertruck that could have made it to the final design of the EV pickup have been suggested by the Tesla group. The Tesla Truck Club party, for example, suggested that Tesla should consider releasing a feature that would allow drivers to roll down the rear window separating the cabin of the Cybertruck from its bed. He said the EV pickup would be perfect for camping, particularly when the Tonneau was closed, or for carrying longer objects. Musk responded that the suggestion was “worth considering.”

Based on Musk’s Cybertruck tweets and comments during the recent earnings call, there are likely to be further improvements to the design of the EV pickup truck than those previously described. Although it might be fair to assume that the distinctive triangular, origami-like exterior of the Cybertruck will most surely remain the same.

Elon Musk says the Tesla Giga Factory will be an Asskicker 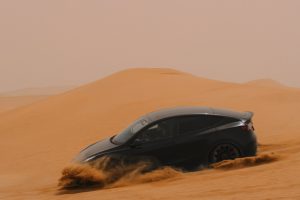 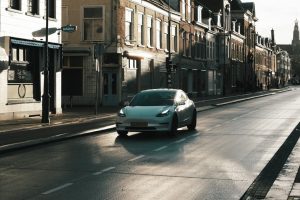 Tesla’s Full Self-Driving subscriptions are definitely coming in May 2021. This was 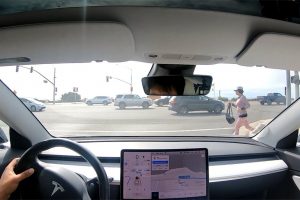 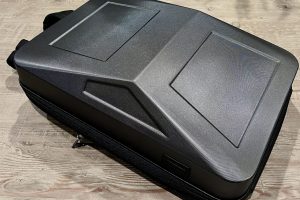