French renewable energy company Neoen and Tesla will partner to install another one of the world’s largest lithium-ion batteries in Australia, Bloomberg has reported. The contract with the Australian Energy Market Operator (AEMO) will allow Neoen to move to the next phase of its 300 MW/450 MWh Victorian Big Battery in Geelong, which will become one of the world’s largest batteries, at twice the size of the Hornsdale Power Reserve in South Australia.

The battery storage facility will be next to Moorabool Terminal Station and will be delivered in collaboration with Tesla. The battery will use Tesla’s Megapack technology and AusNet Services will be the network partner, according to Neoen. The contract, a System Integrity Protection Scheme (SIPS) with AEMO, will run for 12 years and is the result of the SiPS 2020 procurement process that was started by the Victorian government. It will allow for up to an additional 250 MW of peak capacity on the existing Victoria-to-New South Wales Interconnecter (VNI) over the next decade of Australian summers. The battery will also provide an automatic response in the event of power outages and give AEMO another way to provide grid stability.

“AusNet Services is proud to be the network partner with Neoen and Tesla on this world-leading project. Large scale energy storage is an important component in the transition to a renewable future while helping to maintain network stability and energy security for Victoria.” — Tony Narvaez, AusNet Services Managing Director

The Victorian Big Battery will help modernize and stabilize the Victorian grid and will help the state reach its goal of 50% renewables by 2030. Independent analysis showed that for every $1 invested, the battery will deliver more than $2 in benefits to Victorian homes and businesses. Independent reviews show that Neoen’s Hornsdale Power Reserve delivered more than $150 million AUD in savings during its first two years of operation.

The battery is planned to be operational by the end of 2021 and will deliver a significant economic boost to the Geelong area. Over 80 construction jobs will be created, along with 6 full-time permanent jobs. Local suppliers will also be contracted and AusNet has already sourced the project’s power transformers from Wilson Transformer Company out of Melbourne. Neoen noted in its release that local community building and education initiatives will also be supported across the project’s lifetime through a Community Benefit Fund.

“We are delighted to have won the SIPScontract and would like to thank AEMO and the Victorian Government for placing their trust in us. We are looking forward to working once again with Tesla and AusNet to deliver this world-leading battery storage facility over the coming months. We are extremely proud to be launching a project of this scale and innovation in support of Victoria’s clean energy transition,” said Neoen Australia’s managing director, Louis de Sambucy.

Back in 2017, Elon Musk shared that Tesla could build a giant battery and help solve South Australia’s energy problems in 100 days or fewer. If not, then the system would be free. In 2016, a storm impacted the utility grid in South Australia, which had become too reliant on a link to the grid in Victoria. The storm severed that link. Instead of solving the problem, politicians began politricking and the people suffered. Electricity rose several times to the legal maximum of $14,000 per kWh.

Fast forward a few years later to 2020 and we see that Elon Musk and Tesla won that bold bet. Tesla reached its goal 40 days early and the Hornsdale Power Reserve can power 30,000 homes for up to an hour. This relieves the burden on the grid during Australia’s extreme summer heat.

In the video above, Elon Musk was featured in 60 Minutes Australia and he explained how he could help fix the energy crisis in Australia. “Australia could actually export power to Asia,” Elon said in the 2017 interview. “There’s so much land there that you could actually power a significant chunk of Asia.” The interview included footage of the Hornsdale Battery Reserve while it was still being built. “You have to do these things that really get the world’s attention. Otherwise, they just don’t believe you.”

As we look back from 2020 to that critical point in time for Australia, it’s clear to see that not only are things much better for Australia, but Neoen’s Victorian Big Battery, which is slated to be larger than the Hornsdale Power Reserve, is now being built. Perhaps a few years from now, we will see Australia start exporting power as more of these gigantic battery farms take root in various places across the world. 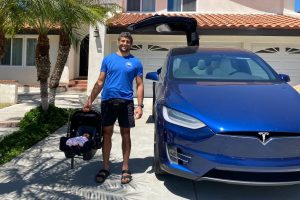 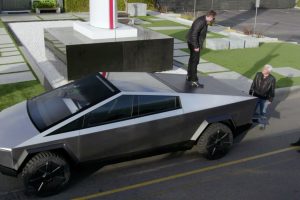 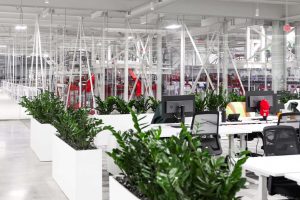 There will be blood — probably sooner than expected. Back in May,