Tesla has referred to “Semi-Truck production lines” at Gigafactory Nevada in a new job posting – hinting at actual production of the Tesla Semi electric truck at the factory.

However, CEO Elon Musk said that they found opportunities to extend that range during testing.

A year later, Musk said that the Tesla Semi production version will have closer to 600 miles of range.

After a few delays, Tesla talked about “low-volume production in late 2020, but the timeline was later pushed to 2021.

Last summer, Musk told employees in an email obtained by Electrek that “it’s time to bring Tesla Semi to volume production” without updating the timeline.

The CEO later said that the Tesla Semi would be produced at Gigafactory Texas in Austin.

Last year, we reported that Tesla took over a giant new building near Gigafactory Nevada, and a source told us that it would be used in relation to Tesla Semi production.

Later, we saw a first job posting for a manufacturing job at Gigafactory Nevada for Tesla Semi.

Tesla Gigafactory 1 is looking for a manager to provide Operational & Technical Leadership for quality engineers for the Semi-Truck production lines.

Tesla has been promising to start production of the electric semi truck this year, but the exact timing is not clear.

The automaker has been accumulating a lot of reservations from important customers. For example, Walmart recently added to its existing order of Tesla Semi trucks.

Jerome Guillen, Tesla’s president of automotive and the head of the Tesla Semi program, confirmed that Tesla “promised some early units to some long-term, very patient, and supportive customers” without naming them or specifying the “early” timeline. 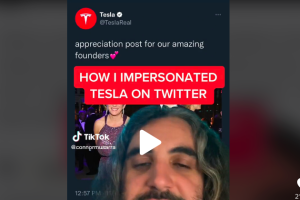 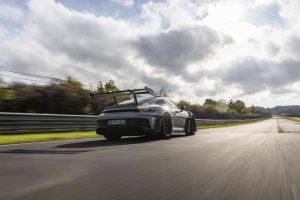