For electric cars this is a big moment. Yesterday Tesla revealed it had broken the 400-mile mark, a first for a publicly sold electric vehicle in service. The company says the EPA will officially rate the new version of the Model S Long Range Plus for a range of 402 miles. Elon Musk had earlier this spring accused the EPA of botching its Model S test.

With the now 8-year old Model S, the company has credited several innovations for achieving the new total range, including reducing the weight of some components, new “Tempest” aero wheels and tires, improving drive unit efficiency and better regenerative braking. Better yet: Tesla celebrates by making this Model S $5,000 cheaper, down to $74,990.

Reaching the milestone range would be important for the understanding of electric cars by the general public. Beyond the sheer cost of EVs, the greatest mental barrier to mass adoption is uncertainty about choice. A range of 400 miles is going to be more than most drivers can do in a day.

But in reality what that rating will mean for drivers is uncertain. Due to the conditions, vehicle idiosyncracies or both, EPA ratings can vary wildly from observed ranges in real-world driving. Car and Driver range testing found that the performance of the Porsche Taycan S and Tesla Model S had nearly identical ranges, despite a massive gulf in EPA figures. There are also other things to consider when purchasing a Tesla outside the range so be sure to do your homework.

Tesla V2G Technology could increase demand and sales of all models 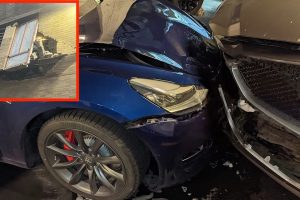 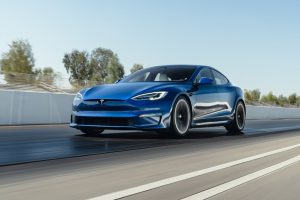 JB Straubel, formerly the chief technology officer for Tesla, is now the