In June, the Tesla Model 3 held the top spot on the Global Top 20 sales list for electric vehicles, while the Model Y joined the chart.

The Model 3 remained the most popular electric vehicle throughout 2020, maintaining over 15 percent of the global market share of battery-powered cars sold worldwide. With 35,854 units sold in June, Tesla’s most affordable vehicle outsold by a significant margin the second-place model, the Renault Zoe, selling more than three times the units of the most successful EV from the French-based automaker.

Until now, Model 3 has sold over 142,300 units in 2020. Tesla’s affordable mass-market vehicle has dominated the Top 20 chart for some time, so it’s not much of a shock. The Model 3 is a good match for any person or family looking to enter the Tesla revolution, with the performance specifications of a high-end car and the price point of an affordable family sedan.

For June, Tesla had multiple vehicles in the Top 20 chart. Not only did the Model 3 lead the rankings but the Model Y, also joined the fourteenth place list for the first time. Long Range and Performance versions of the Model Y began deliveries in March 2020.

The Model Y sold 7,500 units in June and sold 12,415 by 2020 so far. Given though the car was launched during the COVID-19 pandemic, its spacious interior, outstanding performance specifications and high-demand body style have made it one of Tesla’s most highly awaited vehicles to date.

The Model Y is expected to be the most successful vehicle of Tesla to date and the executives of the company have been outspoken about the high hopes they have for the all-electric crossover.

“Given the popularity of the SUV vehicle segment, we are planning for Model Y capacity to be at least equivalent to Model 3 capacity,” Tesla said in the Q4 2019 Earnings Update.

The Tesla Model X also cracked the list to 15th position. In June, Tesla’s infamous falcon-winged SUV sold about 3,599 units. So far this year, the car has been registered 12,461 times.

The electric vehicle market as a whole witnessed a 22 percent decline in June registration. While this sounds like a major slowdown, according to the EV Sales Report, June’s 230,000 total unit registrations were the third-best result in the past 18-months.

The automotive market also fell 18 percent collectively last month. So far this year, sales have fallen by a total of 28 percent due to the COVID-19 pandemic.

Given the decline in vehicle sales, Tesla has still managed to make a profit in both quarters this year. In terms of vehicle deliveries, the electric automaker has also consistently beaten Wall Street estimates. 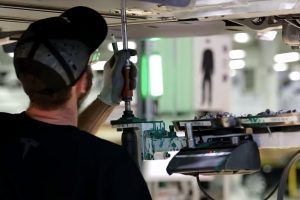 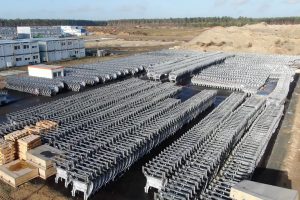 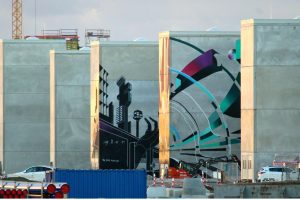