When it comes to the cost of ownership, Tesla Model 3 is crushing Dodge Charger as a police car. The Bargersville Police Chief provided a 1-year cost of operation review to electrify their fleet.

It was reported last year the Bargersville, Indiana, police department is upgrading their fleet to Model 3s. At the time, Bargersville Police Chief Todd Bertram commented:

Two big things that we were looking at when shopping for cars were obviously cost and performance. Many times when you get a car that is in our cost price range, you sacrifice performance. With Tesla, the performance is better than the cars we are currently driving. It’s amazing, it’s smooth, it’s powerful, it handles great.

Dodge chargers were replaced by the Model 3s, so performance was not going to be a concern. As for quality, Tesla has a substantial lead as well. The version of the Model 3 Standard Range Plus they purchased is a little more expensive at ~$41,000 than the Dodge Charger, but they expect gas savings of around $6,000 per year, which means the Model 3 can pay for itself over its lifespan.

They usually keep their cars for six years, and they decided that they will save around $20,000 per car with the Model 3 after they broke down the economics.

Not only does it include gas savings, but some valuable maintenance savings are also expected by the police department. They predicted that in around two years, electric vehicles would pay for themselves.

Bertram indicated that he believed it could be even faster and after the first full year of using the Tesla Model 3, they found that they already saved over $6,000:

That already covers the difference between the two vehicles in the price of purchase before turning them into police patrol cars.

More and more police departments are beginning to see the Tesla Model 3 as an option for a patrol vehicle. The Fremont Police Department converted a used Tesla Model S into a patrol vehicle in Tesla’s own backyard. Two Model S sedans have been converted into patrol cars by the Luxembourg Police, and the biggest fleet of Tesla police patrol vehicles is in Switzerland.

Is Charging Infrastructure A Bottleneck To Tesla’s Growth? 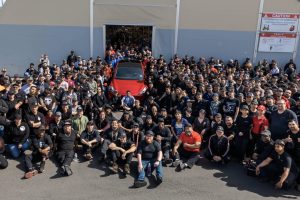 Elon Musk recently shared a rather interesting update on Twitter — his 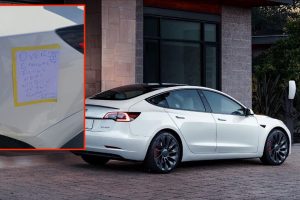 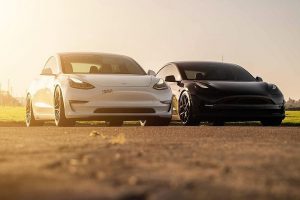