Tesla CEO Elon Musk indicated during the Q3 2020 Earnings Call that he thinks Tesla Insurance will take over a large portion of the auto business of the company. “Obviously, insurance is substantial. So, insurance could very well be, I don’t know, 30-40% of the value of the car business, frankly.” Steven from Solving The Money Problem / YouTube offers to understand this subject in more depth and see how fair this argument is.

The market for car insurance in the US alone is nearly $300 billion. Tesla is in a unique position to take a disproportionately large slice of this pie since it will be almost impossible to compete with its product.

The theory of insurance is straightforward. Insurance agents, using Public Data, calculate the amount of insurance premiums that will bring profit to the company, not allowing it to bankrupt with large insurance payments.

But Tesla has a major advantage: the firm has access to exclusive vehicle data that can not be accessed by any other insurance company. The most important aspect of pricing insurance risk is in the data. As such, some insurance firms also provide a special gadget for their customers to mount on their car to help the insurer determine the style of customer driving. They won’t even come close to getting the details that Tesla has about its customers’ driving habits, however. That is, no other business can as reliably and cheaply forecast this vital feature as Tesla. Currently, legacy insurance has little chance of providing Tesla owners with a competitive insurance deal.

As indicated by NHTSA testing, Tesla currently makes the safest cars in the world. Its Autopilot and Active Driver Assistance Systems help prevent innumerable accidents. And the bigger the Tesla fleet, the more complex the roles of active driver assistance become; and the better Tesla vehicles become, the less incidents there will be. Over time, this continuous improvement would indicate lower premium payouts and larger profits. And, more significantly, as insurance payouts decrease, Tesla would be able to retain ultra-competitive insurance rates.

Tesla is the absolute and only winner here when it comes to Full Self-Driving. The company said that any incidents that occur when the car is fully self-driven will be solely the fault of Tesla and not of the driver. In the country, no other insurance provider can go so far as to carry out self-driving car insurance. If this occurs, however, then insurance premiums are likely to be prohibitively high as long as insurance firms do not obtain adequate data.

Now, let’s get down to a few quick calculations. Steven provides us with an estimation. Keep in mind that this is just an instance of potential pricing and not his prediction.

For example, for a private owner, annual insurance for a Tesla car would cost $1,000. It would be used even more often if the vehicle is part of the Robotaxi fleet, so let’s say the insurance premium for such vehicles is $5,000. Let’s also say that one million robotic taxis will be on the roads in one year. Then, in just one year, we’ll get $5 billion in Tesla sales.

It is staggering to consider Tesla’s proposal to build a massive fleet of vehicles. The company has announced that they will unveil a $25,000 car within three years. No doubt this offering would shake the whole industry — even beyond the tremendous disruption that Tesla has already created. In this case, the likelihood is high that Tesla will have 22.5 million vehicles on the roads by 2030.

Let’s say that Tesla will have a 100 million vehicle fleet in 2030. Steven recommends using $2,500 as the figure for the insurance premium per year in order to simplify the figures (so as not to differentiate Robotaxis from standard personal use vehicles — the former of which will certainly get a higher premium). In this case, Tesla will earn $250 billion in revenue by 2030 and only from insurance.

The average selling price of a Tesla vehicle is $35,000 per unit in Steven’s model. If we multiply the projected number of Tesla vehicles sold in 2030 (approximately $20 million), the automotive industry will produce $700 billion in revenue. If we look closely at these statistics, we realize that in this scenario, Tesla’s insurance profits will account for approximately 36 percent of the valuation of its automotive sector, which is consistent with Musk’s forecast.

Elon Musk says Tesla was month away from bankruptcy in 2018 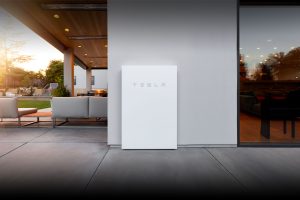 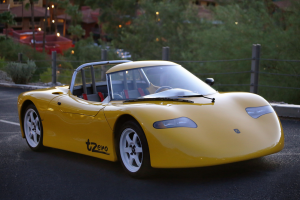 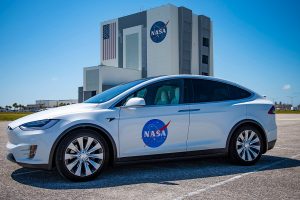