Elon Musk is known for his unique and candid use of Twitter, just one piece of the disruptive ethos helping to market himself and his companies to a broad audience. But what subjects does Musk actually cover in his tweets, and how have they developed over the years?

Visual Capitalist mapped out Musk’s tweets in an impressive infographic, and the results are telling, to say the least. The publication compiled about 15,000 of his tweets into a dataset and separated them by topic, frequency, and total volume of tweets per period of time.

The most commonly tweeted subjects included Musk’s companies Tesla and SpaceX, detailing many of the automaker’s major releases and the space exploration company’s rocket launches.

Other subjects Musk regularly discussed — although he tweeted less often about them — included his other projects, The Boring Company, Neuralink, SpaceX’s Starlink, and Tesla Solar. They also included broader topics such as sustainability, finance and cryptocurrency, manufacturing, and politics.

Upon claiming his profile and the @ElonMusk tag back in 2010, Musk used his first tweet to acknowledge that a prior user had been using the handle to pretend to be him. In the tweet, Musk wrote, “Please ignore prior tweets, as that was someone pretending to be me.”

The content of Musk’s tweets has been broad over the years and is based mainly on current events. The billionaire even sometimes airs opinions with wide-reaching implications. Some examples include encouraging a Bolivian coup for lithium as a joke, claiming that he was basically ready to take Tesla private at $420 per share, polling his audience to see whether he should sell 10 percent of his Tesla stock, and announcing delivery of Starlink hardware to Ukraine amidst a Russian invasion in recent weeks.

The topics Musk tweets about matter, both because of his huge following and his vast wealth and influence. Musk surpassed 25 million followers on Twitter in 2019 and had nearly reached 80 million followers by mid-March 2022. He’s currently the 11th most followed person on the platform.

Beyond the simple implications of his words, Musk’s tweets have had a real-world influence. His access to a social media platform has allowed him to pave his own road without the aid of traditional media — which he recently called a “relentless hatestream.” 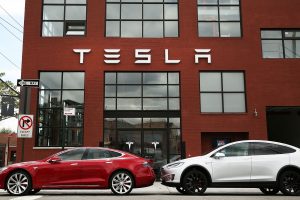 By Liz Najman If you are reading this, it is safe to