On Tuesday, April 26, the opposition to legislation that would allow direct sales of electric vehicles discussed the ongoing efforts to pass the so-called “Tesla bill” in Connecticut.

The proposed bill would conflict with Connecticut’s franchise law which requires car manufacturers to sell their products through third-party dealerships. The United Auto Workers (UAW) union, CT car dealers, and Senator Julie Kushner presented their arguments against the Tesla bill at the conference.

“I’m really a strong believer that we need to move to electric vehicles, and I think we’re doing that on many levels in the state, and I see the car manufacturers are moving in that direction as well,” said Sen. Kushner, a Danbury Democrat.

Despite its nickname, the bill would allow any vehicle manufacturers without an existing presence in the state to sell vehicles directly to customers. Most automakers who would benefit from the dubbed Tesla bill would be EV manufacturers, like Tesla and Rivian.

Opponents of the Tesla bill also argued that it would undermine Connecticut’s consumer protection laws. Plus, they pointed out that direct sales could affect the jobs of nearly 14,000 employees in car dealerships, alluding to Tesla’s aversion to unions.

Tesla Fremont Factory employees are not unionized, which has received criticism in the past. However, in April, Elon Musk showed he was not opposed to unions. He invited the UAW to hold a union vote, adding: “Tesla will do nothing to stop them.”

The President of UAW Local 259, Brian Schneck, highlighted that franchise laws have been in place for decades across the United States. Connecticut’s franchise law has been around since 1972. Schneck argued that EV manufacturers like Tesla could simply choose to follow franchise laws rather than push for direct sales in each state.

Rivian explained why the franchise dealer system would not work with its business model.

“As a company, we are innovating on not just the product, but also the customer experience. Furthermore, we know that the vast majority of the EVs sold in the United States are via direct sales — this is no coincidence,” Hayward added. 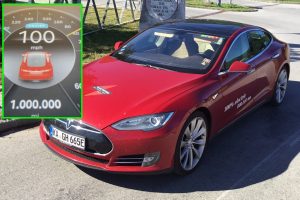 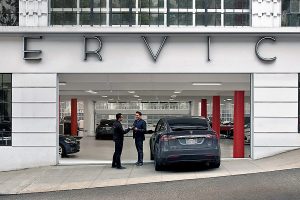