Teslas built 13 years ago are still on the road today. It’s hard to believe, but the most valuable automaker on the planet (and technically in space) didn’t get there without a few bumps along the way. The Roadster, the company’s first car, was more of a concept that made it into production, and now that the Model S is almost a decade old, we can see how these ground-breaking electric vehicles are showing their age.

The original Tesla Roadster was powered by 6,831 lithium-ion cells divided into 22 modules and arranged in a single pack. This adds up to a 53-kilowatt-hour battery pack that can get the car nearly 250 miles on a single charge. The Roadster’s cells started to degrade as it got older, and its range shrank. Owners would often leave their cars unplugged for so long that the batteries were “bricked” and unable to charge; this is when shops like Gruber Motor Company stepped in to help.

The original Roadsters were a risky move by Tesla, according to Gruber, who compares their quality and problems to “prototypes released and pushed into the field before they were ready.” All of this was done to save the business from going bankrupt due to financial difficulties. That meant that serviceability, rather than protection or scalability, was the easiest place to cut corners. The Roadster battery pack was a prime example of this, with many fuses and other wear components buried and inaccessible from the outside of the vehicle.

A new battery pack for the Roadster could cost upwards of $30,000 if purchased directly from Tesla, according to CEO Pete Gruber. Since component-level skills are needed to isolate problems with circuitry, the integrated battery management system, and detecting parasitic cells, battery reconditioning is limited to Tesla’s remanufacturing facility in Lathrop, California. As a result, the only alternative is to have the pack replaced with a new one.

However, the story does not end with the Roadster. Some early Model S vehicles have exceeded their warranty mileage allotment or are nearing the end of their life cycle due to age. The deterioration of the batteries has become evident, and some owners have already had their packs fixed by Gruber. After all, it’s difficult to justify a $22,000 battery pack replacement on a $25,000 car—and the same job on a Model 3 isn’t much cheaper at $16,000.

The majority of Gruber’s $5,000 battery pack repairs for Tesla vehicles are based on locating individual cell aberrations that result in a seemingly dead pack. The shop assumes that this will become more difficult in the future as daisy-chained mass cell failures become more common, first with the Roadster and then with the Model S.

It’s important to remember that Tesla isn’t the only company having issues with old battery packs. Since the automaker has more early-yet-current EVs on the track, issues are more likely to arise than with, say, a Nissan Leaf or Toyota Prius. For what it’s worth, both of those cars have had identical pack replacement specifications that are almost equal to the car’s value.

This issue could tarnish the fragile image of electric vehicles as throwaway vehicles, and due to Tesla’s size, the automaker could be the first to suffer from this blemish.

Despite these obvious flaws, EVs are known for being able to get crazy mileage with very little maintenance. It’s unclear if economies of scale will help to lower battery costs on a global scale, or whether an increasingly sought-after demand for an emerging EV market will potentially have the opposite effect on price; however, if prices are substantially reduced, EVs’ on-road service life will almost certainly surpass that of today’s average vehicle.

A few days ago, my esteemed colleague Maarten Vinkhuyzen posted an excellent 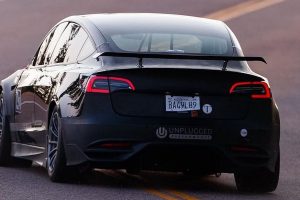 Gruber motors in North Phoenix offer a great option to repair these now famous Tesla cars. We are lucky to have tech companies like them.