Tesla has announced an official date for Battery Day and its annual shareholder meeting for September 22nd.

Tesla, Inc. (“Tesla”) announced today that its 2020 Annual Meeting of Stockholders (the “2020 Annual Meeting”) will be held in person on Tuesday, September 22, 2020, at 2:30 p.m. Pacific Time, at Tesla’s Fremont Factory located at 45500 Fremont Blvd, Fremont, CA 94538. Eligible stockholders may also attend Tesla’s separate Battery Day presentation, which will be held on the same day, with additional details to be announced at a later time. No formal stockholder business will be conducted at such presentation. Tesla intends to webcast both events live.

Tesla previously delayed the event because it wanted to invite people to attend and in-person event restrictions due to the COVID-19 pandemic prevented them to hold the event.

Musk also said that Tesla planned to give tours of its battery production capacity in Fremont.

Musk said last year that Cybertruck is Tesla’s last product launch for “a while,” but he tinkered with some forthcoming tech announcements.

It was anticipated that such announcements would happen at what Tesla called “Powertrain and Battery Investor Day.”

As last year’s “Autonomy Day,” Tesla said it is planning to give livestreamed investor presentations about the latest innovations in powertrain and battery technology by the automaker.

Musk later referred to the event as the “Tesla April Company Talk” and said it would take place at the New York Gigafactory where Tesla plans to offer the facility’s media and investor tours.

Musk modified Tesla’s upcoming event last month to add that it would concentrate on only batteries and not powertrain.

The CEO hyped up the case once again during Tesla’s Q1 2020 earnings results:

Yes. Actually, we don’t want to preempt Battery Day. We want to leave the exciting news for that day, but there will be a lot of exciting news to tell. And I think it would be one of the most exciting days in Tesla’s history and we’re just trying to figure out the right timing for that.

At that point, Musk said “the third week of May” would happen, and it would probably be in California or Texas.

The aim is for Tesla to manufacture its own battery cells using technology established by Tesla’s internal staff, including work from Jeff Dahn’s research laboratory in Canada and new technologies recently obtained via Maxwell’s purchase, on a large scale and at a cost of less than $100 per kWh.

Also expected to be a part of the announcement is a proposal to mass-produce the cells at multiple locations.

Musk postponed the event again in June, saying the intention now is to have a “webcast next month and an in-person event a few months later.”

Later, the CEO said that it would likely happen in September along with Tesla’s annual shareholder meeting, which also had to be pushed due to coronavirus restrictions. 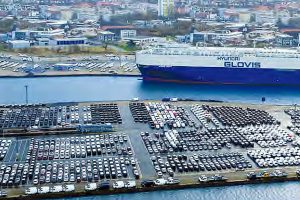 Tesla stock (NASDAQ: TSLA) has surged over 50% in a single month