NASA Administrator Jim Bridenstine revealed last May that the organization would partner with Hollywood action film star Tom Cruise to shoot a film at the International Space Station (ISS). “NASA is excited to work with Tom Cruise on a film aboard the Space Station! We need popular media to inspire a new generation of engineers and scientists to make NASA’s ambitious plans a reality,” Bridenstine said via Twitter, “Should be a lot of fun!” SpaceX founder Elon Musk said in response. Cruise will launch aboard the SpaceX Crew Dragon spacecraft, which will be launched into orbit atop the company’s Falcon 9 rocket.

Axiom Space, a Houston, Texas start-up founded by Michael Suffredini, who worked as NASA’s Space Station Program Manager from 2005 to 2015, is managing the flight for Tom Cruise. Axiom provides civilians with space tours to visit the ISS. The corporation also has ambitious plans to develop a low Earth orbit space station to continue operations once NASA withdraws the ISS program and moves to concentrate operations on the lunar surface beyond the orbiting laboratory.

Axiom signed a contract with SpaceX to fly a crew of four passengers onboard SpaceX’s Crew Dragon spacecraft. Tom Cruise, film producer Doug Liman, and Israeli fighter pilot Eytan Stibbe will be among the four passengers, flying alongside NASA astronaut Michael Lopez-Alegria, who will be the mission commander. They will embark on a 10-day trip to the Space Station during the mission dubbed ‘AX-1’ and enjoy breathtaking views of Earth. Currently, the AX-1 space tour is set for October. “Thanks to Axiom and their support from NASA, privately crewed missions will have unprecedented access to the space station, furthering the commercialization of space and helping usher in a new era of human exploration,” said Gwynne Shotwell, President of SpaceX.

Axiom has not released information about how much SpaceX would pay to send its four-person crew this year to the orbiting laboratory. Dragon, however, has a price tag of about $55 million per seat, and NASA said last year it opened a route to the Space Station for commercial trips, saying it would charge $35,000 for private stays per person per day. 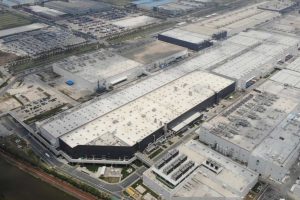