Lucid has announced the prices of its Air models ahead of the unveiling event on September 9th, which will take place tomorrow at 7 PM EST. The Air is Lucid’s first sedan, a new electric car manufacturer headed by former Tesla Executive Peter Rawlinson.

The Air can come in a variety of versions, beginning with the Dream, which is similar to a performance setup. After federal tax deductions the Dream Version would cost $161,500.

The next move down is the Air “Grand Touring” version, which will cost “in the low $130,000s after federal tax credits,” a company spokesperson told Bloomberg during an interview.

Lastly, Lucid will launch a sub $100,000 “Touring” model which will be the vehicle’s most affordable version. Lucid said it would be available in late 2021.

Lucid is aiming to compete with Tesla in the grand picture of electric vehicle development, and CEO/CTO Peter Rawlinson knows a thing or two about the company he is gunning for. He designed the Model S in 2009 after he was brought on by CEO Elon Musk.

In an interview with Bloomberg, Rawlinson disclosed that after his first week on the job, he had sat down with Musk, claiming that Tesla’s flagship sedan needed a full makeover to succeed. Rawlinson was right, and as far as EV production was concerned the Model S propelled Tesla into the stratosphere.

Lucid provided little detail about the Air ahead of tomorrow’s unveiling event. The first detail that Lucid gave to the public was the 517-mile range rating thanks to its 113 kWh battery pack. The automaker announced its class-leading range on August 11th, which it verified using the EPA’s Multicycle Test Method at FEV North America in Auburn Hills, Michigan.

Lucid then outlined its best-in-industry peak charging speeds, V2G charging features and “Space Concept” platform, which will allow passengers to have some of the automotive industry’s most comfortable interior choices. If that wasn’t enough, the company also revealed that its Dream version was capable of a time of 9.9-second 1/4 mile which is the fastest in history for any production EV.

But Rawlinson is well aware that Lucid hasn’t proved much until the company begins making electric cars for the public to purchase and drive. “Words are cheap,” he said. “We are nothing until we’ve got anything into production.”

Lucid’s unveiling event will be available on September 9th at 7 PM PST, via a public live stream.

Revel, a startup that unveiled its plans to launch a Tesla Model 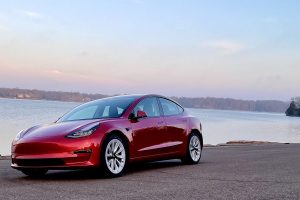 Tesla is the “king of the hill” in the electric vehicle sector, 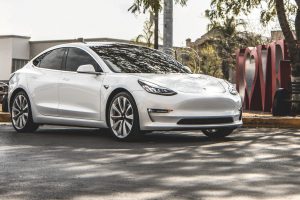