Following Elon Musk’s acquisition of social media platform Twitter yesterday, Amazon founder and former CEO Jeff Bezos pondered the potential hoops Tesla, Musk’s automotive company, may have to jump through as a company operating in China. Due to Musk’s purchase of Twitter, Bezos questioned whether China gained “a bit of leverage” over the platform’s censorship, but backtracked.

A Tweet from New York Times reporter Mike Forsythe identified Tesla’s success in the Chinese market. After entering China as an automaker in early 2020, Tesla has experienced success in the market with its Model 3 and Model Y vehicles, which have routinely been identified as a couple of the best-selling EVs in the country. Tesla’s production facility in China, known as Gigafactory Shanghai, outpaced Tesla’s U.S. factory in Fremont, California, in production figures in 2021, accounting for 51.7 percent of the company’s total vehicle deliveries for the year.

Forsythe recognizes this, along with Chinese battery suppliers and their links to Tesla. However, his Tweet begins to also call out China’s ban of Twitter in 2009, and how the government had “almost no leverage over the platform.” With Musk’s purchase yesterday, “That may have just changed,” the Tweet concludes.

Bezos responded and jostled with the question, “Did the Chinese government just gain a bit of leverage over the town square,” using the term as Musk has in the past to compare Twitter to a social gathering of people to discuss ideas and issues. “My own answer to this question is probably not. The more likely outcome in this regard is complexity in China of Tesla, rather than censorship at Twitter.”

Musk, who purchased Twitter for $44 billion yesterday, said in the past his reasons for buying Twitter are related to free speech and censorship, is unlikely to see any real changes from China just because he’s bought the platform. Many American social media outlets are unavailable in China because, as the government has described in the past, it is a way to avoid “risks in the ideological field from the Internet.”

The true challenges will occur in China for Tesla; at least, Bezos thinks so. However, the automaker has had a reasonably positive relationship with China and its government, especially as Tesla has expanded operations at its plant, providing thousands of jobs to local workers.

Bezos, whose former company Amazon has done business in China for many years, purchased the Washington Post in 2013. The newspaper had no reservations about challenging Musk’s fight against censorship with stories earlier this month. Musk called the headline, “a good laugh.”

Additionally, a report from Dauxe Consulting reported that some 38 percent of Amazon’s top-selling brands were based in China.

Tesla has performed extremely well in China with sales, but it has also had its issues. The company had its vehicles banned from government properties and military bases due to its use of external cameras equipped for Full Self-Driving and Sentry Mode. Tesla’s in-cabin cameras are not active in China.

After Musk acquisition, Twitter CEO assures employees no layoffs are planned for now 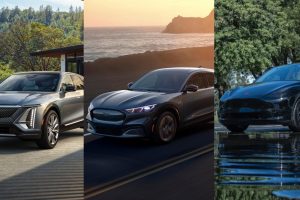 GM has entered the premium all-electric crossover SUV market, and its flagship 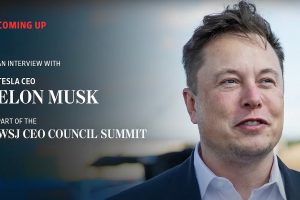 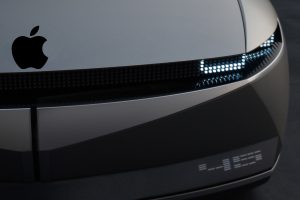