While the overall goal is probably not 100% possible during Biden’s 4 or 8 years, it is definitely possible to electrify most federal government vehicles if done over time and in conjunction with massive improvements to charging infrastructure (another Biden campaign promise). Before we get into the challenges, let’s get into the specifics of Biden’s plan.

While he didn’t get into any detail during the speech, this plan is nothing new. It was on his campaign website before the election. On the campaign’s Clean Energy page, one section provides some more detail about the plan:

Use the power of federal procurement to increase demand for American-made, American-sourced clean vehicles. As part of his historic commitment to increasing procurement investments, Biden will make a major federal commitment to purchase clean vehicles for federal, state, tribal, postal, and local fleets, making sure that we retain the critical union jobs involved in running and maintaining these fleets. By providing an immediate, clear, and stable source of demand, this procurement commitment will help to dramatically accelerate American industrial capacity to produce clean vehicles and components, while accelerating the upgrade of the 3 million vehicles in these fleets.

Most sites analyzing his plan only focused on the federal fleet, which is less than a million vehicles. That alone seemed like a daunting plan, but swapping out 3 million vehicles is a far bigger challenge. More on this later in the article.

Another, related, campaign promise from the same page covered an important element in this plan:

Make major public investments in automobile infrastructure — including in 500,000 electric vehicle charging stations — to create good jobs in industries supporting vehicle electrification. These investments are a key part of Biden’s commitment to reinvent the American transportation system from the factory line to the electric vehicle charging station, while promoting strong labor, training, and installation standards.

That’s a giant plan on its own, and probably rivals the plan to switch government vehicles to electric. It’s also essential to making the vehicle purchases possible. If there aren’t good places to charge electric vehicles, it wouldn’t be practical at all to switch the whole government fleet to run on electric. This will need to include both level 2 charging at workplaces and some employees’ homes, but also will require at least 1,000-2,000 of them to be DC fast charging stations.

Legally speaking, the plan is fairly straightforward for the federal government. The US General Services Administration (GSA) handles the federal vehicle fleet, including purchasing. According to a GSA guide for vehicle purchasing, executive branch federal agencies buying anything but tactical vehicles (tanks, HMMWV, etc) are required by law to go through GSA’s office of fleet management to purchase the vehicles.

GSA sets the rules with federal regulations, which could be changed to require electric vehicles, and likely without congressional action. Federal statutes have a large and complex set of requirements, but GSA says in the guide that they must make sure the vehicles are dependable and cost effective. Here at CleanTechnica, we’ve repeatedly showed that electric vehicles are the most cost effective option, so it would be a justifiable move for most situations.

While not mandatory, other government agencies are able to purchase vehicles through GSA. This includes state, local, and tribal governments, the legislative and judicial branches, as well as government-owned corporations and some non-profits. For most of these users, it makes sense to go with GSA’s help because they can get better pricing on the vehicles, and often get federal assistance to help pay for the vehicles.

President Biden can’t legally force non-federal government entities to purchase vehicles through GSA, or otherwise force them to buy electric vehicles. That would violate the Tenth Amendment, which states: “The powers not delegated to the United States by the Constitution, nor prohibited by it to the States, are reserved to the States respectively, or to the people.”

On the other hand, courts have ruled that it’s legal for the federal government to withhold federal funds or aid to states that refuse to play by certain rules. It would likely require congressional action to tie EV purchasing to federal funding. You can bet that congressional Republicans would oppose it, but it’s theoretically possible.

Even if every government agency got on board to purchase electric vehicles the next time they’re up for replacement, it might not be possible to actually do this with every agency. Any rules promulgated are going to need to reflect that.

Many federal agencies simply don’t operate in places where EV infrastructure is available, and likely never will. While adding stations will help with this, the missions of a number of agencies sometimes take them to places where there aren’t even gas stations, requiring extra fuel be taken in jerrycans. Some even operate in wilderness areas where it wouldn’t be legal to install any infrastructure.

Here are a few examples:

Most state governments have equivalent agencies that also cannot use EVs at present, and may never be able to do so.

The only way to make sure government personnel aren’t stranded in the middle of nowhere while performing critical tasks will be to have some flexibility in the EV requirement. A rule could require agencies or GSA to look at the intended use of each vehicle and compare it to available infrastructure to see if an EV would be a realistic choice. Other vehicles might also be required to use plugin hybrids or hybrids when possible.

Infrastructure Will Be Important

To make this plan really work, the federal government will need to make good on Biden’s promise to add those 500,000 charging stations. Current infrastructure would make it nearly impossible for many federal vehicles to be battery-electric, but with far more stations, there wouldn’t be too many outliers in most agencies.

The thing that puts it all in peril is that getting the funds together for all of the needed infrastructure would require congress to approve the funds. The House of Representatives shouldn’t be an issue, but getting the legislation through the Senate could be a challenge unless the plan can get the approval of 10 Republican senators to overcome a filibuster.

Even with funding, it’s going to take a lot of time to get all those stations put in. It has taken years for Electrify America to take #Dieselgate money and put in a few hundred stations. The planning, permitting, electrical work, approvals, and activation are all slow processes for high-powered DC fast charging stations. Even a completed station could take months at times to be turned on at the end.

Don’t count on this all happening in Biden’s first four years, and be very surprised if it starts to really take shape in two terms.

In the time it would take to get this plan going really well, a lot can happen. There are elections in 2022, 2024, 2026, and 2028. Any of these elections could create setbacks for this ambitious program. All it would take is for a few federal workers to get stranded after a poorly-planned EV purchase to give congressional Republicans all the ammo they need to shoot it down. If they get decisive control of the House and Senate in any of those elections, count on funding problems.

State government opposition could be a problem, too. A hostile state government could easily create roadblocks to the installation of charging stations, and could probably do a variety of other things to make life hard for a federal EV program.

Any fragmentation of political parties could throw the plan into chaos, too. Trump is reportedly considering creating a Patriot Party that would split Republicans, but Democrats also face challenges from the left that could lead to fragmentation should the country see the GOP break up and prove it could be done. A centrist party could also emerge in the next 4-8 years. To get anything done, a coalition would have to agree to the plan.

While federal EV purchasing would help stimulate the EV industry, there are growth challenges there as well. Things are definitely on the upswing for electric vehicles, but there will be growing pains as more EVs are built and they push for higher production numbers.

One important question will be whether President Biden’s administration will want to purchase from Tesla. The Clean Energy page of Biden’s campaign site is loaded with references to union jobs. Biden and the Democratic members of Congress might want to require purchases come from union plants, and Tesla not only doesn’t have unionized plants, but actively opposes unionization.

This is a question that we won’t be able to answer, but Biden would be smart to buy from a variety of manufacturers, including Tesla, to really support the industry.

Even if everything doesn’t go perfectly right for this plan, there is a lot of inertia behind it. As I pointed out in another article, Trump’s hostility to clean technology and EVs couldn’t kill them. The industry is established, and isn’t going anywhere.

Cost benefits over the lives of federally owned vehicles are also extremely hard to ignore. We’ve repeatedly covered the fact that it’s cheaper to own a Tesla Model 3 than it is to own a similar Toyota or Honda over the life of the vehicle. This will be just as true for the federal government. It will only be increasingly hard for fiscal conservatives to justify the purchase of anything but EVs as prices continue to fall.

Despite the challenges, Biden’s plan is likely to succeed, but the challenges must be planned for and planned around to make the program a success. 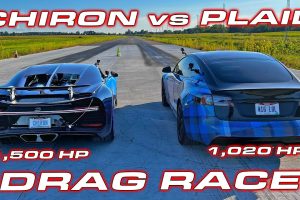 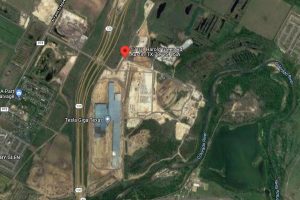 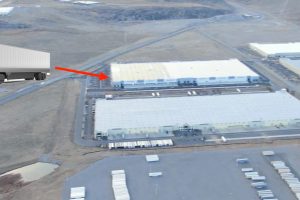