These days, Elon Musk may be trading places with Amazon founder Jeff Bezos for the title of richest person in the world by net worth, but among his fellow billionaires, the Tesla and SpaceX CEO still holds a unique position. Based on estimates from Indiana University anthropologists, Elon Musk may very well be one of the billionaires with the smallest carbon footprint.

Critics of Elon Musk would argue that the Tesla and SpaceX CEO’s carbon footprint is excessive due to his frequent travels with his private jet. In an analysis, however, Richard Wilk, the director of the Open Anthropology Institute at Indiana University, and Beatriz Barros, a Ph.D. candidate in anthropology at Indiana University, noted that, compared to his fellow billionaires, Musk’s carbon footprint is actually very small. Unlike other billionaires, this is because Musk doesn’t own luxury superyachts or custom-made, vast mansions.

Wilk and Barros have chosen to examine a number of Forbes List 2020 billionaires, particularly those whose consumption is public knowledge. A decent number of super-rich people in Asia and the Middle East were removed, but they still offered a good sample of billionaires from all over the globe. The anthropologists used data from the US Energy Information Administration and Carbon Footprint to estimate each billionaire’s carbon footprint. This allowed the pair to estimate, together with some extensive analysis, the annual CO2 emissions of each home, aircraft, yacht and vehicle publicly reported by each billionaire.

As of 2018, US residents on average pollute about 15 tons of CO2 per year, although the average global footprint per human is lower at just about 5 tons per year. For their part, the 20 billionaires who were included in the study contributed 8,190 tons of CO2 on average in 2018. But even on that list, some billionaires have polluted far more than others. Those who owned large luxury yachts appear to spend considerably more than those who did not.

With at least 33,859 metric tons of CO2 emissions in 2018, Roman Abramovich, the owner of London’s Chelsea Football Club and a man who made much of his $19 billion fortune selling oil and gas, proved to be the biggest polluter on the anthropologists’ list. This is due in no small part to the Eclipse, his luxury superyacht, which is basically a small, private cruise ship at 162.5 meters bow to stern. In a specially built Boeing 767 with a 30-seat dining room, as well as his Gulfstream G650 flight, he also flies around the globe. On his yacht, Abramovich also uses two helicopters and a submarine. On top of this, the oil and gas magnate has many properties, such as a 28-hectare estate once owned by David Rockefeller in St. Barts.

A major sustainability advocate, Bill Gates absorbs even less carbon than Abramovich, but his emissions still tower over Elon Musk’s. In Medina, Washington, Gates maintains a $127 million estate called Xanadu, which covers 6,131 square meters and facilities such as a 23-car garage, a 20-person cinema, and 24 bathrooms. A horse farm, four private jets, a seaplane, and several helicopters are operated by Gates as well. Anthropologists estimate that Gates’ annual carbon footprint, largely attributable to his flying, stands at 7,493 tons.

Elon Musk does not own any yachts, for his part, and the CEO has noted that he does not take many vacations. In 2018, the CEO of Tesla and SpaceX was reported to have a very billionaire-modest carbon footprint of 2,084 tons, which was hundreds of times higher than the average American but considerably smaller than his fellow billionaires. Interestingly enough, as of late, Musk’s carbon footprint may also have decreased substantially, provided that he sold all his houses in 2020 and vowed to divest his worldly belongings. In the end, Musk, currently worth around $190 billion or 10 times that of billionaires like Abramovich, shows that even the super-rich will make decisions to make sure they live as sustainably as possible. 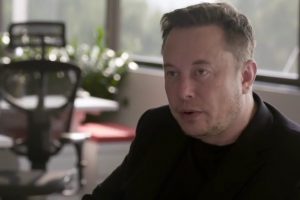 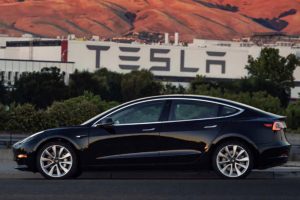