A bearish analyst at Goldman Sachs has issued Tesla (NASDAQ: TSLA) a new price target of $1,300.

Goldman analyst David Tamberrino boosted his stock price target from $950 to $1,300 for the hybrid automaker. Goldman Sachs maintains a neutral rating on the portfolio.

“We suggest that investors be tactical with the stock,” according to StreetInsider, the Goldman analyst said.

TSLA stock closed yesterday, Tuesday June 7th, at a record high for the fifth consecutive trading day. Because of the COVID-19 pandemic, the stock has risen 223 percent since the market reached rock bottom in March. Tesla has enjoyed the fruits of its labor after stepping up amidst the virus’ rampage across the globe.

Following closures both at its Northern California production facility in Fremont and at its Giga Shanghai plant in China, Tesla has managed to produce 90,650 vehicles in Q2. Between 23 March to 10 May, Fremont was closed and Shanghai suffered disruptions in Q1 only. The company has, however, managed to meet expectations and beat forecasts from Wall Street that have pegged Tesla to produce between 72,000 and 83,000 vehicles.

Tamberrino has been exceptionally bearish on TSLA stock traditionally. Tamberrino suggested in June 2019 that he assumed Tesla’s demand would continue to decline as a result of development of Model Y.

“We believe a downward path for shares will resume as it becomes more clear that sustainable demand for the company’s current products are below expectations,” he wrote to a note to investors last Summer.

Surprisingly enough, many fairly bearish TSLA analysts tend to lift price targets and bullish perspectives. These analysts, however, do not recommend investors buy the stock.

Adam Jonas, of Morgan Stanley, revised his bull case price goal to $2,070 for TSLA stock on July 7th. Nonetheless, both Morgan Stanley and Jonas reiterated that investors should stay away from TSLA stock due to several risks, including skepticism about the success of the company in China.

However, the Chinese Passenger Car Association announced that Tesla holds 23 percent of China’s entire EV market in June. The company’s Model 3 deliveries, which is actually the only vehicle built at Tesla’s Giga Shanghai production plant, have increased 35 percent from May to June.

Tesla’s Q2 2020 earnings call is scheduled to take place later this month. If a profit is reported by the company, it will be the fourth consecutive quarter in which the company turned positive profitability, ending criticisms that Tesla has never made money annually. 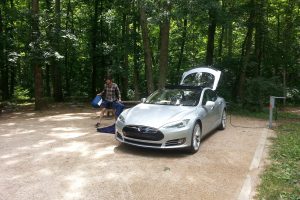 The Tesla road trip story has become a popular literary genre. You 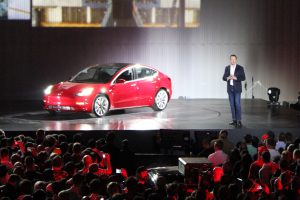 Fifteen years ago today, on August 2nd, 2006, Co-Founder and CEO of