Failure is good. Or rather, it can be good if you react to it the right way, using the knowledge you gain to make your next attempt at the goal more effective. As Thomas Edison put it, “I haven’t failed, I’ve just found ten thousand ways that don’t work.”

The Silicon Valley venture capital world has embraced this ethos (which is surely a great consolation to investors in the tens of thousands of companies that have gone bust). Tesla’s founders all came from this milieu, so it’s no surprise that the company has always displayed an impressive level of daring and tolerance for risk. In fact, when the young Elon Musk dropped out of Stanford to start his own company, he fully expected that it would fail, and that he’d be back at college within a year or two (spoiler alert: didn’t happen).

Noted futurist (and Tesla driver) Daniel Burrus believes that the tech industry has strayed from that fail-forward philosophy. In a recent blog post, he writes that the concept of constructive failure is “lost on many in the information age, unfortunately. Because of the immediacy with which we receive both positive and negative feedback from our peers now, when we innovate and put something into the world and promptly receive less than desirable results, or it doesn’t work the way we wanted it to, we are more easily discouraged than ever before.”

If cutting-edge tech startups have become risk-averse, imagine how much more fear of failure there must be in the setting of a giant corporation. However, big or small, nimble or hidebound, every company that hopes to innovate must endure its share of failures, Mr. Burrus writes. The key is failing fast. “If you’re not failing, you’re not pursuing innovation, and when you do fail, rebound quickly and start all over again. This is the idea behind my powerful strategy: Fail Fast to Learn Faster.”

Burrus cites studies finding that it can take as many as 3,000 ideas to produce one commercially viable product or service. This is why it’s critical to move quickly — get your ideas out there and, if they fail, move on with as little waste of time and resources as possible.

Elon Musk is something of a poster boy for this way of doing things. His smashing successes with Tesla and SpaceX have been all over the news lately, but those who’ve followed his career know that he’s had his share of failures (and will probably have more). Burrus cites a couple of examples.

In 2007, Tesla had tested the Roadster, assembled a global supply chain and taken care of a million other details. The company was already shifting into delivery mode when a major problem came up. JB Straubel and the engineering team designed the Roadster with a two-speed manual transmission, because they had failed to achieve both 0–60 mph acceleration under 4 seconds and a 125 mph top speed with a single-speed transmission. Just as Tesla was getting ready to start assembling cars, the team realized that this approach wasn’t working — the high torque of the electric motor was burning the transmissions up, and they weren’t holding up past about 3,000 miles. Production ground to a halt.

In the end, improved transistor technology allowed Straubel and his engineering team to increase the performance of the inverter, which enabled the simpler single-speed transmission to deliver the coveted sub-four-second blast of acceleration. “By using a more powerful inverter and an enhanced motor design, we were able to implement a single-speed gearbox and still achieve our original performance goals. In fact, the new setup is superior in almost every way,” said Straubel. (You can read a longer version of this story, among others, in my history of Tesla.)

Tesla has had other failures: battery swapping never caught on; Model X’s Falcon Wing Doors required several iterations before they worked reliably; the partnership with Mobileye, which provided hardware for the first version of Autopilot 2.0, didn’t work out; and the fully autonomous drive from Los Angeles to New York that Elon Musk first promised in 2016 hasn’t happened yet. In every case, the company learned what didn’t work, doubled down on what did work, and kept moving full speed ahead.

SpaceX has also had its share of failures — in the early days, rockets suffered “unplanned rapid disassembly” on testing stands and on launch pads. Each time, Musk and company went back to the drawing board, and the rest is history. In fact, SpaceX has made aeronautic history many times: the first landing of a reusable rocket; the first privately built spacecraft to dock with the International Space Station; and most recently, the spectacular flight of NASA astronauts Bob Behnken and Doug Hurley to the ISS and safely back to Earth — the first launch of humans from US soil since the end of the Space Shuttle program in 2011.

Obviously, none of these impressive feats would have been accomplished if the Tesla and SpaceX crews got discouraged easily. But there’s more than just stubbornness at work here — turning failure into a constructive experience requires an ability to learn quickly and move on quickly. If you’re going to fail — and you are — fail fast.

Neuralink and what it means for depression and anxiety 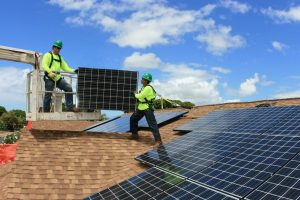 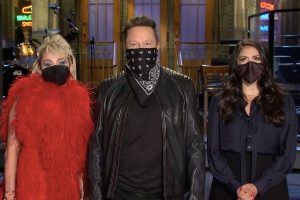 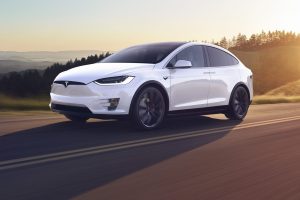