In a world inundated by negativity, controversy, and now, war, tales of people and small acts of kindness matter. They may not hold a lot of never-before-seen information, nor do they include the latest shocking thing that today’s influencers are engaged in, but they do, from time to time, tell a remarkably human story. The tale of late Hollywood legend Gene Wilder’s home, and how it made it back to the actor’s family under a surprising turn of events, is one of these stories.

Back in 2020, Tesla CEO Elon Musk announced that he would be offloading all his residential properties in California as a way to trim down his possessions. Musk, who owned Wilder’s house, noted that whoever purchases the late actor’s home would have to preserve it. Musk did make improvements to the home like a Tesla Solar Roof installation and Powerwall batteries, but for the most part, the property still retained the spirit it had when Wilder was still living in it.

Filings eventually revealed that the estate was sold to an LLC whose sole manager was listed as Elizabeth Hunter, a screenwriter and TV producer who happens to be married to filmmaker Jordan Walker-Pearlman, who is Wilder’s nephew. Walker-Pearlman recently shared with The Wall Street Journal that his purchase of his late uncle’s home from Musk had been a rather unique experience. The filmmaker stated that he actually spent summers in the Bel-Air home with his uncle, and his experiences in the house made him intimately familiar with the property.

As it is with many stories involving Musk, Walker-Pearlman’s journey into acquiring his late uncle’s home started with a dose of misinformation. According to the late actor’s nephew, he was initially told that the home had been demolished, which made him mourn the house. But while he was in the neighborhood one day with his wife, the filmmaker was pleasantly surprised to see the house still standing. Tesla CEO Elon Musk owned the home then, and a large party was underway. Quite surprisingly, the security guard in the property opened the gate for the couple so Walker-Pearlman and Hunter could peek inside.

It took about a year later when Walker-Pearlman saw the tweet that would effectively change the fate of Wilder’s quirky Bel-Air home. Musk’s stipulation was perfect for the filmmaker, as he would actually want to keep the property and all its quirky characteristics preserved. However, there was just one issue: the home had appeared on forsalebyowner.com with an asking price of $9.5 million. Walker-Pearlman knew that he personally could not afford the property’s $9.5 million asking price, but Musk’s tweet provided him with some optimism that something could be arranged.

And so four months of negotiations started. Fortunately for the filmmaker, the Tesla CEO proved quite understanding, with Musk bringing down the price of the late actor’s Bel-Air home to $7 million, together with what was dubbed as a “long form deed of trust and assignment of rents.” Even more surprisingly, Musk agreed to lend Walker-Pearlman and Hunter $6.7 million to finance the home. It was a surprising twist on the story of Wilder’s house, as its new owners were able to effectively move into a home initially listed for $9.5 million with a $300,000 downpayment.

It was a gesture that was well appreciated by Walker-Pearlman. “He could have sold it for so much more. His sensitivity to me can’t be overstated,” he said. Hunter, for her part, told the Journal that she is quite thrilled to have the chance to reside in such a beautiful home in a neighborhood that she and her husband would otherwise not be able to afford. “It’s magic,” she said.

Interestingly enough, Walker-Pearlman closed the sale with Musk in October 2020. It was perfect timing since the filmmaker was shooting a movie called “The Requiem Boogie,” which was produced by his production company, Harlem,Hollywood. Wilder’s home ultimately became the set for the film, which is a rather autobiographical tale that features a middle-aged former child actor mourning the loss of his movie-star father. Considering the personal nature of the story, having the movie shot in the Wilder’s Bel-Air home is something that was likely a fairly spiritual experience for Walker-Pearlman.

Elon Musk Emphasizes The Importance Of Batteries For Renewable Energy 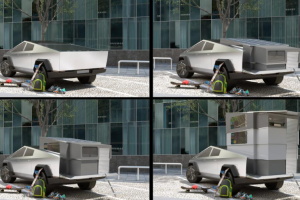 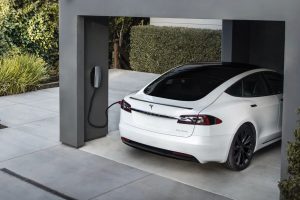 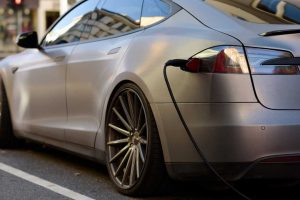 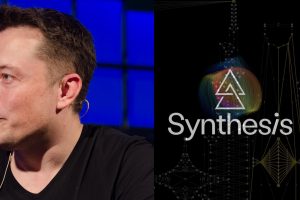 And so he saved 3bn in 2021 in taxes by moving from California… would you move if you saved 3bn ??