Dodge has announced that the upcoming RAM 1500 Revolution electric pickup truck will be revealed at CES at the beginning of January next year.

Much like their gas counterparts, electric pickup trucks have gained massive followings in the U.S. already. Ford has made their name with the Ford F150 Lightning, but the other two significant truck manufacturers, Chevrolet and Dodge, have remained excluded. Now both General Motors and Stellantis are pushing their American pickup brands to introduce electric trucks as soon as possible, and RAM will be revealing their offering on January 5th, 2023.

In Dodge’s press release this morning, very few details about the upcoming truck are revealed. The Dodge Ram Revolution will be revealed at next year’s CES event, and it will be available for sale in 2024, but otherwise, the press release is incredibly general. The RAM Revolution “is a visionary roadmap and a glimpse into the future,” says Dodge, “showing how the leading truck brand will once again redefine the pickup truck segment.” However, this doesn’t mean there was no exciting news at all.

Dodge states, “Ram will offer electrified solutions in the majority of its segments by 2025, and all of its segments no later than 2030.” Meaning that the RAM Revolution is far from the only electric truck coming to the market from Dodge.

While it is unclear what “segments” the brand is referring to, under the RAM branding, they currently sell full-sized pickups, performance trucks, heavy-duty consumer trucks, commercial vans, and commercial trucks. The company has even been rumored to be working on a smaller pickup offering. If Dodge plans to sell electric vehicles in each category, that would be quite the undertaking.

Suppose the Ford F150 Lighting and the upcoming Chevy Silverado EV/GMC Sierra EV reservations are anything to go by. In that case, Dodge will have no issue selling any of their electric pickups, but it is clear that their focus on pickup offerings is far more intense than their traditional rivals.

What is perhaps most shocking is that Ford will essentially have yet another year of complete control over the electric truck market. With Chevrolet and now Dodge announcing their trucks coming in 2024, they may be giving up more market share than anticipated. 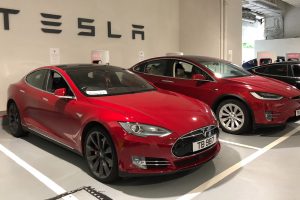 Tesla has agreed to pay $1.5 million to settle claims that one 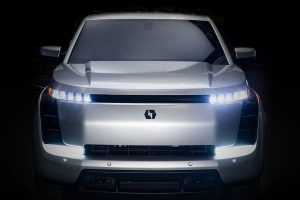