Benzinga conducts a weekly survey to gather sentiment on what traders are most excited about, interested in, or concerned about as they manage and build their private portfolios.

Now that rumored talks have been put on hold with Hyundai and its affiliate Kia about developing an electric vehicle with Apple, Benzinga readers were asked who would be better served to partner with the project by the self-driving EV research and development team of the tech giant.

Approximately 37 percent of traders and investors agree that a collaboration between Tesla and Apple EV makes the most sense.

Many respondents noted that Elon Musk’s company is the most developed EV car manufacturer and will be the easiest to partner with Apple, provided its EV portfolio features the longest distance electric cars between charges, the company’s plans for the construction of EV chargers across the U.S. and currently has the largest EV market share.

Approximately 32 percent of respondents agree that a Ford-Apple alliance will be the best match for Apple, many citing the global presence of Ford as an automaker and praising the brand-new Ford EV offering, the Mustang Mach-E SUV. Ford has an automotive share of about 14 percent in the U.S. and about 7 percent in Europe.

Finally, 31 percent of respondents said GM would be the best fit for Apple’s EV project. As the reasons why Apple should carry out its EV vision with the Detroit automaker, respondents cited GM’s recently announced pledge that it aims to remove all gas-powered and diesel-powered vehicles from its lineup by 2035, transition to electric vehicles, and the fact that GM is the largest automaker in the world, commanding a 17 percent market share.

The Tesla Effect on the Battery Industry 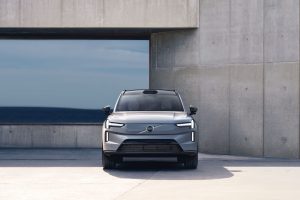 Volvo has unveiled its next electric vehicle offering, a full-sized 7-seater SUV, 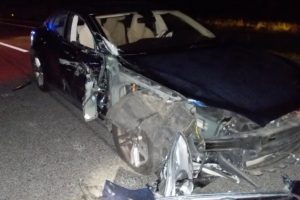