After slamming into the ground in November, SpaceX’s SN8 met its early demise, followed by SN9 in February. Earlier this month, SN10 came the closest to landing successfully, appearing to make a soft landing before exploding minutes later.

SpaceX rolled out the SN11 concept onto the launchpad less than a month later. The launch Tuesday morning, on the other hand, was arguably more of a setback, with the towering structure lighting up the dense fog around it in a mid-descent blast — and then raining down massive debris on the ground.

In other words, the third time wasn’t the charm, and neither was the fourth.

However, the violent “rapid unscheduled disassemblies,” as SpaceX CEO Elon Musk likes to name the explosions, should give everyone pause. After all, this is the spacecraft SpaceX plans to use to launch the first astronauts to the Moon in 2024, possibly marking the first time humans have stepped on the Moon since the Apollo missions nearly half a century ago.

Musk, on the other hand, seems unconcerned about the repeated explosions. The billionaire considers SN11 to be old news.

“SN15 rolls to launch pad in a few days,” Musk announced in a tweet following Tuesday’s explosion. “It has hundreds of design improvements across structures, avionics/software and engine.”

“Hopefully, one of those improvements covers this problem,” he wrote, referring to one of SN11’s three engines having “issues on ascent & didn’t reach operating chamber pressure during landing burn” this morning.

“If not, then retrofit will add a few more days,” he added.

Following SN15 will be SN20, which, according to Musk, will include significant technological advancements. “Those ships will be orbit-capable with heat shield and stage separation system. Ascent success probability is high.”

However, reentering Earth’s atmosphere is a difficult task, as any spacecraft must withstand extremely high forces and temperatures. “However, SN20+ vehicles will probably need many flight attempts to survive Mach 25 entry heating & land intact.”

SpaceX is now hard at work on the Super Heavy rocket booster, which will be used to launch Starship into orbit.

According to Musk, the first full-scale prototype of Super Heavy, dubbed BN1, will be a “manufacturing pathfinder, so will be scrapped. We learned a lot, but have already changed design to BN2.”

When it comes to BN2, Musk has some big plans.

“Goal is to get BN2 with engines on orbital pad before end of April,” he wrote. “It might even be orbit-capable if we are lucky.” 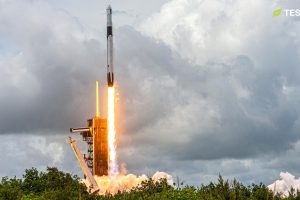 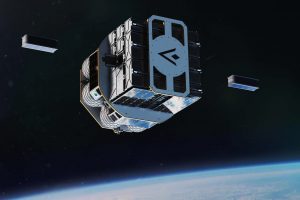 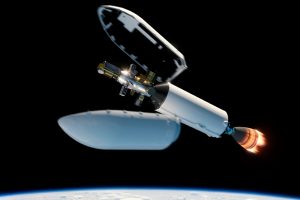 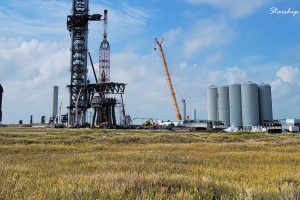 Less than a year after tank farm assembly began in South Texas,