The Florida legislature is advancing a bill that would impose a yearly tax on EV owners, with almost no attention in the media. The bill (actually a pair of bills, Senate Bill 140 and House Bill 819) appears to be similar to one that was proposed during last year’s legislative session, but did not pass. It would impose a special annual fee, starting at $135, on every EV, in addition to the yearly registration fee paid on all vehicles.

The only convincing argument in favor of the bill seems to be that it could be worse, as the bill’s sponsor, Republican State Senator Jeff Brandes (Pinellas County), has helpfully pointed out. Some 28 states now impose annual taxes on EV owners, including supposedly pro-EV states such as California, Oregon and Washington, and these fees range from $50 to $225 per year.

There is also another, separate EV tax proposal in Florida’s legislative pipeline, and this one (SB 1276) appears to be worse than Brandes’s plan. It would impose a yearly fee of $200 for an EV and $50 for a hybrid, beginning in the year that combined EV and hybrid sales in Florida exceed 5% of total auto sales. The fees would be indexed to inflation, and all the funds collected would go to the State Transportation Trust Fund, which is used to fund road maintenance and construction in the state.

Brandes’s proposal comes with a companion set of bills that would allocate some of the revenue from the tax to the Transportation Trust Fund, and some to a newly-established Electric Vehicle Infrastructure Grant Program. The latest revision to the companion bill appears to say that for the first two years, the revenue will go to the Transportation Trust Fund, and after 2023, it will go to the Electric Vehicle Infrastructure Grant Program, until the entire act sunsets in 2030. It’s hard for a non-lawyer to say if this represents a carrot, or only half a carrot, but in either case it softens the blow of the tax stick. It may also serve to blunt opposition to the bill from pro-EV groups, and it makes it possible for proponents to present the tax increase as a pro-EV measure. (To be fair, we must note that substantial changes could be made to the bill before it becomes law.)

Tallahassee TV station WFSU ran an article with a headline that highlighted the infrastructure funding without mentioning the tax. The article cites Nick Howe, Vice President of the Florida Tesla Enthusiasts, who says that he and the club are in support of license fees for EVs. “We want to make sure that we pay our fair share. We’re certainly not looking for any kind of free ride,” he told WFSU. However, Mr. Howe went on to raise several objections to the proposal in its current form, and the club expressed these objections in detail in a message sent to the Senate Transportation Committee.

The flat fee is a regressive tax that disproportionately affects lower-income drivers. Unlike a gas tax, a flat fee takes no account of the number of miles driven, and thus provides no incentive to improve efficiency, or to drive less.  The proposed fees work out to considerably more on a per-mile basis than an ICE driver would pay in gas taxes. As Consumer Reports has calculated, this is typical of state EV taxes, which function in effect as a reverse carbon tax, penalizing drivers of cleaner vehicles in order to subsidize drivers of dirty ones.

It’s also worth noting that the proposed Electric Vehicle Infrastructure Grant Program, which appears to be earmarked for “publicly available electric vehicle charging infrastructure,” would not benefit all EV owners. In a mostly suburban state such as Florida, the majority of drivers charge at home, and seldom or never need to visit public chargers.

Finally, as many have noted, taxes on EVs do almost nothing to address the stated goal of raising money for road maintenance. The Florida Tesla Enthusiasts calculate that, if implemented today, the proposed Florida tax would only account for about 0.4% of the Transportation Trust Fund’s revenue needs. Numerous studies have found that EV registration fees are not a sustainable funding source for transportation infrastructure, and that they are likely to discourage EV adoption.

State lawmakers are, or should be, aware of this, so a reasonable person may ask whether the real motivation for EV taxes has anything to do with gas tax revenue. As Ronald Reagan said, “If you want more of something, subsidize it; if you want less of something, tax it.”

Two related questions that are worth asking: what industry groups are supporting Florida’s proposed tax, and how much money have they been investing in Tallahassee? As a 2019 article in Politico reports, groups backed by oil industry interests, including the American Petroleum Institute and the Koch brothers’ Americans for Prosperity, have actively lobbied in favor of taxes on EVs.

Unfortunately, these questions may see little public discussion. The Senate bill was filed last December, but as of this writing, WFSU’s article is the only we’ve seen on the topic in any Florida news outlet. The Florida legislature is currently considering at least three highly controversial bills on unrelated issues, and these seem likely to monopolize the media’s attention this session.

Contact information for Florida state legislators is available on the State of Florida web site, and the Florida House actually offers a list of handy tips to help craft effective appeals to your representatives in Tallahassee.

Tesla Tequila quickly sells out again after first ever restock 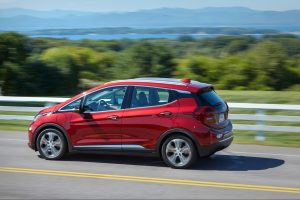 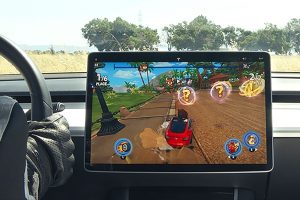 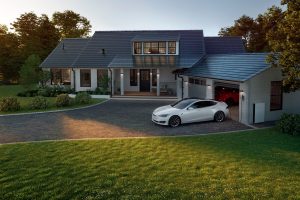 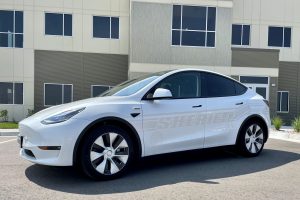