Most of us sometimes fail to look around and remember how grateful we are to have what we have. In times of relatively high tensions focused on the current election, a pandemic, and a string of bad luck that we all seemed to accept during 2020, there are a few suitable moments that allow us to look back and appreciate how genuinely thankful we should be, even though things don’t look so promising.

On November 3rd, a prime example of this came earlier this week. We were reminded on that day, just twelve short years ago, Tesla received a $40 million loan that kept the lights on and gave the tiny and unlikely-successful car manufacturer a chance to succeed. It was “the last hour of the last day possible,” CEO Elon Musk said on Twitter. “We were 3 days away from bankruptcy.”

A lot is put into perspective by the story of Musk and Tesla’s near destruction twelve years ago. For me, it is reminiscent of an old saying, “It ain’t over until the fat lady sings.” While comical, it is true, and it shows that anything can happen while there is still time.

In perhaps the most difficult time for American cars in the history of the world, Musk and Tesla were trying to develop a car company. Numerous firms were seeking government help to keep their doors open, jobs were vanishing, and the 2008 Financial Crisis devastated the once-roaring American economy.

Not only was it one of the worst times for a car company to launch financially, but Tesla wasn’t trying to create a run-of-the-mill gas car. It decided to alter the tune on what an automobile was in the United States entirely. Cars powered by batteries were not popular, nor were they widely accepted. They were the hope of many, but no one ever thought they would soon be a reliable source of passenger transportation.

Well, everyone except Elon Musk and his Tesla team of engineers.

Musk acknowledges the hardships of the time head-on. “Extremely difficult to raise money for an electric car startup (considered super quirky back then), while stalwarts like GM & Chrysler were going bankrupt,” he added to his chain of Tweets regarding the situation. And although he was suffering to keep Tesla’s lights on, Musk decided that putting the last of his money into the failed business would be the only way. “I put in my last money, even though I thought we would still fail. But, it was either that or certain death for Tesla.”

Fast forward to 2017. Tesla is doing well, but the Model 3 mass-production efforts are working to ramp up. Finally, Tesla was working to build a battery-powered car that had good efficiency and acceptable range, an EV that could match the budgets of many individuals worldwide. It wasn’t easy, however, and it almost led to the company going bankrupt.

Musk said that Tesla was “about a month” away from going broke once again when asked about the Model 3 ramp. For a long time, from mid-2017 to mid-2019, the Model 3 ramp had intense stress & pain. Manufacturing & logistics hell,’ said Musk.

Tesla is the most valuable car maker in the world. It has recorded five straight profitable quarters. It is coming off of the most deliveries and production numbers for a quarter ever. It is building more Gigafactories.

Most notably, the car industry is affected by Tesla. Firms that have never committed to EVs are pressured to build them. They would eventually fall behind if they do not.

Through all the tough times and adversity that Tesla faced, it always came through. In a time when corporations were hellbent on keeping their doors open by all means possible, Tesla somehow survived, an unexpected rival entering a market with new technology.

It is always important to note stories like these in times where our country is almost evenly divided about who they would like to run the United States for the next four years, opposing views on a global pandemic are constantly expressed, and other social concerns are debated on a daily basis. Tesla somehow came through on two different occasions with almost a negative chance of winning. The unlikely automotive company took persistence, hard work, and a little bit of luck from the depths of Chapter 11 to superstardom in the car industry.

It makes you understand how thankful you can be in the grand scheme of things if this is the only bit of positivity you read this week. The cards just aren’t in your favor sometimes, and you have a few downswings that make you wonder if what you’re doing is the right thing. The dark days are definitely difficult, but without darkness, light will mean little to us.

Kyte, a company that delivers rentable cars straight to your door, has 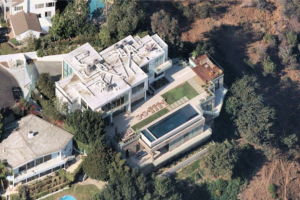 Tesla (TSLA) is currently implementing a major shift in its retail strategy,