Just recently, some strong criticism of the Tesla Cybertruck came from legendary automotive designer Frank Stephenson, the guy behind some of Ferrari, Mini, and McLaren’s most iconic vehicles. The designer, who was named as one of the most prominent car designers today by MotorTrend, lamented in a YouTube video about the Cybertruck’s powerful exterior and cold, angular frame.

In his video, Stephenson outlined many points, but he concentrated his critique primarily on the fact that the Cybertruck does not have dynamic lines that make the vehicle conventionally attractive. Although these problems have some merit (there is little doubt that the Cybertruck is not the most friendly-looking vehicle out there), it is these very components that make the all-electric pickup of Elon Musk suitable for real truckers.

The opposite is believed by YouTube host Cybertruck Truck Guy, a veteran of the landscaping industry who has been driving trucks for decades. The YouTube host, who began his channel to provide perspectives from a real “Truck Guy’s” viewpoint on the Cybertruck, currently helps manage a business with a fleet of nearly 20 trucks. The cold, robust, dystopian theme of the Cybertruck is probably the very thing that makes the all-electric pickup more appealing to those who use trucks on a regular basis, according to the trucker.

Never mind that it looks like the Cybertruck is made for a dystopian future. The best trucks on the market, the trucker says, are not meant to look dainty and elegant. They’re supposed to look tough and beastly. Trucks must be tough, and they must exude this in their size and appearance. This part is perfectly well played by The Cybertruck. It also has the benefit of reliability, as modern trucks have become so similar to luxury cars today that some of them are fairly easily scratched or scruffed. This includes his new vehicle, a Toyota Tacoma that has been beaten and the occasional off-road session over its years of operation.

Stephenson noted during his criticism that the Cybertruck would probably age just as poorly as a PlayStation 1 title. The designer noted that in the future, the Cybertruck will look incredibly old, much like PS1 games that seemed groundbreaking before but sadly dated today. The seasoned trucker disputed this, arguing that it’s not even the age or visuals that matter most when it comes to games, it’s playability. This is one of the reasons why classics are still enjoyable to play today, such as Doom and Among Us.

With respect to Cybertruck, the same would probably be true. Yes, competitors will be producing more traditional-looking pickups. The Hummer EV is one of them already. Yet, in order to be completely effective, the Cybertruck just needs to function. And the Cybertruck does seem able to do some real work for truckers, and maybe even more, given its architecture and functions.

Watch the Cybertruck Truck Guy’s reaction in the video below to critiques of Elon Musk’s all-electric pickup. 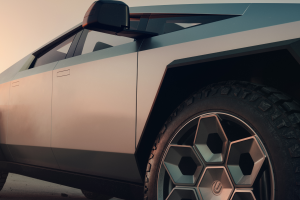 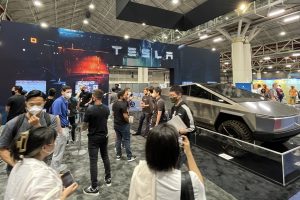 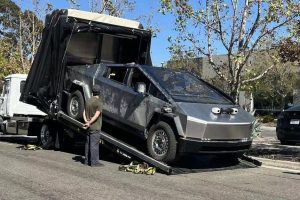