Last year, during Tesla’s Autonomy Investor Day, Elon Musk discussed new Autopilot hardware that could enable “all Tesla cars being produced right now [to] have everything necessary for full self-driving.” He added, “All you need to do is improve the software.”

It turns out Elon Musk has been busy directing a growing team of ‘Jedi engineers‘ to move closer and closer to this full self-driving future. But behind all the ongoing software improvements is a fascinating journey dating back to the first day Tesla started building cars equipped with Autopilot Hardware.

To understand this journey, let’s take a look back at the history (and evolution) of Tesla’s Autopilot Hardware.

Each Autopilot Hardware system is a combination of multiple components that, when working together, allow the car to see the world and respond to it. The three major components are cameras, sensors, and computers.

Generally, each new version of Autopilot Hardware features more numerous and/or more powerful components – allowing the car to see the world in more detail and respond to it faster and more reliably. View the Current Automotive YouTube video here.

Although there are some visual cues available to recognize some different versions of Autopilot Hardware, the fastest and easiest way is to open the “More Vehicle Information” screen from Tesla’s software menu.

All Teslas built before September 2014 (Model S and Roadster) do not have any Autopilot Hardware and cannot be upgraded. Cars without autopilot are quickly identified by their missing camera housing at the top of the windshield.

Autopilot Hardware 1.0 is the first version Tesla released. It was included on all Model S and Model X vehicles built from September 2014 – October 2016.

It uses just one front facing camera. Even though each car came with a backup camera it was not connected to the Autopilot system at this time. The camera is supported by a radar system, used to track the leading vehicle’s speed for adaptive cruise control, and 12 sonar sensors are used to detect nearby obstacles and traffic for parking and lane changes.

One Mobileye processor is used to crunch the data from the rest of the hardware and tell the car what to do.

It went from just one camera to a total of eight still used today. This eight-camera configuration is the new setup Tesla has used since this release. It covers all angles of the car, giving the vehicle much more data about the world around it.

A host of new computer components drastically increased the car’s computing power too, which is important when there is suddenly more than eight times as much data to process.

Autopilot Hardware 2.5 is a more incremental upgrade, hence the “.5” moniker, and appeared on Teslas built between August 2017 – March 2019. The radar supplier was changed from Bosch to Continental, giving the radar a small bump. The computer chips remained the same, though one Nvidia Parker SoC was added for redundancy.

Autopilot Hardware 3.0 is the latest upgrade to Tesla’s hardware, and Elon, as noted, says it has all the components necessary for all Full Self Driving features. It began to appear on Teslas beginning in March 2019 and continues to this day.

The car’s sensor setup remains the same. The only change is the swapping of third-party computer systems for two bespoke units Tesla designed in-house. Because this is just a computer switch, Autopilot Hardware 2.0 and 2.5 can both be upgraded to 3.0. Drivers of older Tesla vehicles are eligible for this upgrade if they purchase the Full Self Driving package.

Elon Musk doubled down on his optimistic forecast recently. Speaking at the World Artificial Intelligence Conference in Shanghai this summer, Musk noted, “I’m extremely confident that level five or essentially complete autonomy will happen.” And he added, “I’m absolutely confident that this can be accomplished with the hardware that is in Tesla today.” 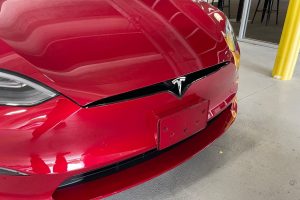 Tesla front license plate holder — why is it on the Model 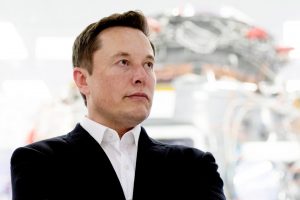