There are a lot of ways you can charge your electric cars, but in this article, I want to show that the big 3 ways that matter are either in great shape today or will be soon.  Even before we get the chargers that will be built out based on the recently passed infrastructure bill, we have it pretty well covered.

As we covered in more detail in this recent article, Tesla has started to open its wonderful Supercharger Network to other brands. In the US, that probably will mean CCS, since ChaDeMO is a dying standard outside of Japan. For years, we (the CleanTechnica writers and all EV fans) have worried about how the millions of non-Tesla electric cars that we hope will be sold in the US over the next few years will be charged on long road trips. We didn’t really worry much about Teslas, because we know, from both personal experience and talking to others, that Tesla owners rarely complain about the roadtrip charging situation. Only in a few parts of the US is it still lacking and Tesla’s recent announcement that it is tripling the network gives us even more confidence that it will be able to handle the roadtrips of Tesla and non-Tesla EVs.

The charging capability will more than triple, since in addition to more charging stations, the new stations will be at least V3 chargers (which are up to twice as fast as V2). It even appears some will be upgraded to be able to supply 300 kW (or possibly more) instead of the 250 kW that V3 chargers could supply when they were released 2 years ago. A faster charger can support 2 to 3 vehicles an hour per charger instead of 1 to 2, depending on the vehicles and how much charge they need. Tesla still represents a whopping 66% of all US EV sales, so although I am confident that other makers will sell a lot of EVs as they produce more compelling vehicles, with the Austin plant about to expand production significantly of both the Model Y and the CyberTruck, I’m not so sure Tesla’s share will drop much.

I’m not saying Electrify America and others won’t fill some gaps and provide more options, but now it seems that anyone considering buying an EV in the US can feel confident that they will have a large and reliable network to charge their car or truck (soon) if they choose to take a long trip.

People That Own or Rent Homes Can Charge There

People that don’t own an electric vehicle frequently bring up the cost of installing an expensive charger in their home as a reason to not buy an electric car.  Many don’t realize that every car comes with a charger and you can either use the 120V outlet in your garage or pay an electrician a few bucks to install a 240V outlet in your garage.  Most electric cars have a charger that can add about 30 miles an hour if they add an inexpensive cord to allow it to plug into a 240V outlet instead of the 120V one.

People Living In Apartments Don’t Have A Place To Charge

My son (who now has the Tesla Model 3 I bought 3 years ago) lives in a nice apartment on the East Coast of Florida. The apartment has about 600 units and a single charger.  This will become a problem as more people get electric cars. Luckily, the office he works at is only a mile away, so he doesn’t need to charge very often.

I see the apartment charger problem as a chicken and egg problem. People have been talking about electric cars for 10 years and they are only about 2% of the cars sold in the US. Apartment owners see that if they had put in a charger for every car 10 years ago, that would have been a huge waste since only 2% of the cars today are electric, so far less than 1% of the cars of your prospective tenants will be electric. If your apartment has garages for rent, you can rent one of those and use the 120v outlet used for the garage door opener to charge your car about 40 miles a night.

Everything changes as soon as the owner or the manager of the apartment complex buys an electric car. Before that, when you talk to them, they say “why should I supply the expensive fuel for your vehicle for free if only one in 300 people even has an electric car. Just let those people charge at the station.” Once they own one, they get that it is an inexpensive thing they can do that will attract the kind of tenants they want. Almost every apartment in Florida has a pool, not just the luxury and newest apartments, even though the costs to build and maintain a pool are high and many residents don’t even use the pool. Maybe 20% use the pool regularly, but that is enough (plus the 50% that think they will use it but then don’t) to get the apartment to build a pool, even though there is no law (as far as I know) that requires them to have a pool.

Similarly, I think all it will take for the apartments to invest in putting in chargers in their apartments (first one, then many) is one of 3 things:

What I didn’t talk about is workplace charging or charging at the library, mall or grocery store. The reason I didn’t discuss those is that you don’t really need any of those if you have the 3 pillars covered. They are just frosting on the cake. They can help with the few apartment dwellers that need a charging solution before their apartment owner/manager “sees the light,” but I don’t really think they are a big part of the solution. The main problem is you only spend an hour or so at each of these (except your workplace). The one use case where workplace charging is really useful is if you have a plug-in hybrid with only 30 miles range and your commute is 30 miles each way. Then you need to charge at home and work to avoid using gas. But plug-in hybrids with short ranges of all-electric range seem to be on the way out. Many longer commutes are also getting rarer as Covid-19 has encouraged many people to learn to work remotely. 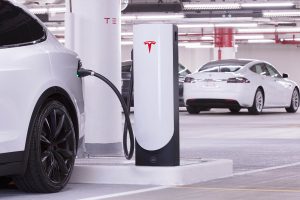 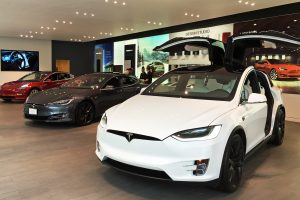