The auto industry has reached a point where it is now impossible to argue that electric vehicles will be the dominant mode of transport in the near future. It is beginning to become apparent that the era of electric cars is coming ahead of schedule with businesses such as Tesla pushing the envelope on what electric cars can do and events such as Battery Day previewing technologies that could put EVs ever closer to the mass market.

The market of electric vehicles displayed remarkable intensity, with EVs increasing in Europe even as the rest of the automotive sector collapsed during the pandemic. Part of this is because electric car prices are getting closer to their internal combustion-powered counterparts. Vehicles such as the Tesla Model 3 have also shown that there is a genuine market for electric vehicles that are well built and reasonably priced.

In the span of about 12 years, electric cars have moved from niche vehicles into mass-market family cars, and during this period, EVs and the cost of manufacturing them have decreased significantly. This is most apparent in the manufacturing cost of batteries for electric vehicles. It is estimated that current battery packs for EVs today would cost about $150-$200 per kWh. That’s about 80% lower than the cost of batteries since 2008.

With electric vehicles spreading into the mass market, the auto industry is now reaching a turning point where, even without government incentives, EVs will become as cheap as their fossil fuel-powered counterparts. And just as it is for every disruptive transition, the carmaker that first approaches or exceeds price parity with the internal combustion engine will be prepared to dominate the segment.

Electric vehicle technology is advancing faster than anticipated, thanks to the efforts of companies like Tesla. A few years ago, as noted in a New York Times article, industry experts predicted that the turning point for EVs and their technology will come in 2025. But this 2025 prediction may end up being optimistic with automakers like Tesla pushing the envelope and events such as Battery Day potentially revealing technologies that could drive electric cars past the internal combustion engine.

Associate Professor Venkat Viswanathan of Carnegie Mellon University, who closely follows the battery industry, explained how the demand for electric vehicles is in an accelerated time frame. “We are already on a very accelerated timeline. If you asked anyone in 2010 whether we would have price parity by 2025, they would have said that was impossible,” said the professor.

Perhaps the fact that EVs are still fairly open to innovation is what is really surprising about the rapid speed of the electric car industry. There is still a lot of space for batteries and electric powertrains to expand, and businesses like Tesla have shown that they will push the technology available as far as it can go to produce the best possible EVs. For conventional automakers that rely on fossil fuel-powered cars, this could be very frightening, as the internal combustion engine has already completely matured.

For now, the EV segment is becoming a race to catch Tesla, which today stands as the undisputed pioneer in electric cars. The firm may be a young carmaker, but its expertise in the production of electric cars is extensive. Events like Battery Day, which is supposed to address the next-generation cells of the EV manufacturer, have the ability to further widen the gap between Tesla and its competitors. For conventional carmakers, it’s now a matter of keeping up with Tesla.

Jürgen Fleischer, a professor at the Karlsruhe Institute of Technology in southwestern Germany who works on research into battery production, noted in a statement to the Times that there would be a steep learning curve for seasoned car manufacturers dipping their foot into electric cars. “We have been mass-producing internal combustion vehicles since Henry Ford. We don’t have that for battery vehicles. It’s a very new technology. The question will be how fast can we can get through this learning curve?” he said. 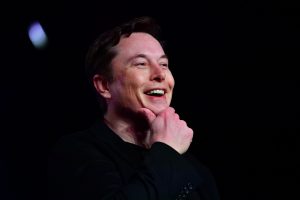 Through The Musk Foundation, Elon Musk has contributed $5 million to the 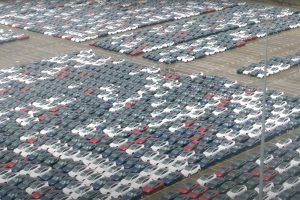 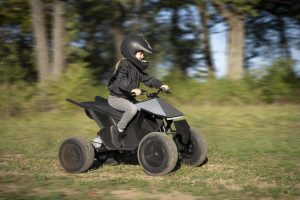 Tesla CEO Elon Musk may be leaning right, but he recently noted