Construction on the main building at Tesla Giga Berlin has started, as evidenced by recent pillar and beam sightings that arrived by rail. Giga Berlin’s production facility will begin construction as soon as pillars and building beams arrive on site via train.

Tesla has been ramping the project since January, but recently the building foundations and plans to start constructing the facility itself started to take shape.

Photos from Tobias Lindh show a series of building-grade pillars and beams being transported by a series of freight trains that Tesla has been using since mid-May.

The presence of the beams and pillars, along with previous experiences of construction teams beginning and completing foundational work, suggests that the facility is imminent.

Tesla is working to keep the Giga Berlin project on track and expects to start manufacturing the Model Y crossover at the facility by next July. On June 22, a fourth crane to quickly raise and transfer heavy materials appeared on site. During building, these cranes can bear the load of incoming beams and pillars.

The hired construction crews of the company also conduct a series of simple digs to begin setting the ground where the main facility would be. Tesla received preliminary approval to begin basic work late May. A series of new structural gaps were discovered in the footprint of what was eventually the facility’s main structure.

Tesla faced its fair share of roadblocks and delays in designing and constructing its Giga Berlin plant. Early on, the organization faced pushback from local residents on environmental issues. Nevertheless, Tesla’s plan to integrate renewable energy and transportation into the European market has contributed to the product being generally embraced.

Economic Minister Jörg Steinbach visited the site on June 25. The German government official who showed immense support for the electric automaker came with a fleet of Tesla vehicles to see the success of the factory.

Steinbach was among Tesla’s most outspoken supporters in Germany. While citing economic benefits for the state of Brandenburg and Germany as a whole, the minister made every effort to help the automaker remain on his tight timetable, using loopholes to push the building process forward.

Finally, Giga Berlin manufactures 500,000 electric cars a year and hires about 12,000 people. Despite just a year to the expected start of production, crews are working rapidly and efficiently to keep on budget, and Giga Berlin’s shell could arrive very soon. 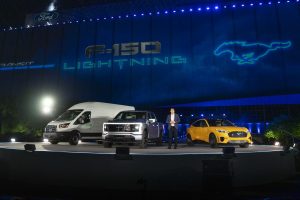 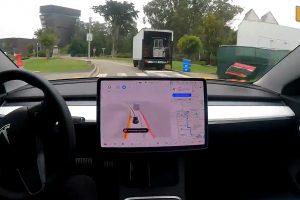 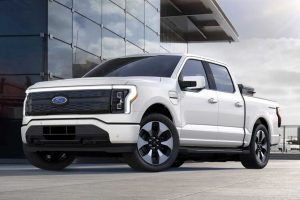