Tesla and Volkswagen have established themselves as unlikely allies in the world of turning vehicles toward electrification. The two firms didn’t always see eye to eye, but the tides definitely shifted. Proof of this comes just one day after Elon Musk took an unexpected stop to see Volkswagen Chairman Herbert Diess in Western Germany.

Years ago, Volkswagen and Tesla stood on opposite ends of the continuum. One company was a well-established German car manufacturing wonder, while the other struggled to raise enough capital to keep pushing its own production efforts forward.

But 2020 offered the two companies and a successful dose of the “Freaky Friday” treatment, where the former automaker is struggling to keep functioning EVs on the road. In the meantime, the latter is moving the drive to electrification forward and maintaining a healthy lead over other companies who are trying to follow in their move.

But Volkswagen was far from ever being considered a partner of Tesla from 2008 until 2015. By intentionally installing cheat devices in the emissions systems of their vehicle, the German automaker violated the EPA’s Clean Air Act. The scandal, dubbed Dieselgate, set a semi-permanent mark in the environmentally conscious minds.

Many vowed never to consider repurchasing a Volkswagen car, but in the EV culture the business has gained some prominent figures. Especially Elon Musk. But the relationship has not always been healthy.

Musk was critical of a conspiracy that a Volkswagen employee was criticizing Tesla through a fake name. Diess had the situation addressed according to various accounts, but the tension between the two companies did not actually end there.

Dieselgate was already in Musk’s head, somewhat. The CEO stated that Tesla’s HEPA grade filter was required while sitting in close traffic, since toxic tailpipe emissions could affect the air quality of those who are in the vicinity. “Good thing gas/diesel carmakers didn’t cheat on their emissions or we’d be in real trouble,” Musk said, subtly jabbing the wrongdoing of Volkswagen.

Musk has, however, recognized that Diess is an ally and drives Volkswagen towards electrification. The Tesla CEO also said Diess “doing more than any big carmaker to go electric. For what it’s worth, he has my support.”

Musk and Diess then appeared together on stage at last November’s Golden Steering Wheel Awards in Berlin, where they exchanged congratulations and grinned with encouragement from ear to ear. The two had shown their company projects had led to a good relationship and Musk also announced that on the same evening Tesla would bring a new facility to Berlin.

Musk flew to Germany to conduct business in early September 2020. His final stop on his country tour was paying a brief visit to his friend Diess, where Musk drove Volkswagen’s ID.3 and took a look at the ID.4 Model Y competition. With Giga Berlin quickly moving along and Tesla preparing to start producing vehicles in July 2021, Diess may seem to want to keep a rival at bay and not announce his ambitions for an electric car. But he was more than willing to show Musk around. Why?

Although partnerships between companies are uncommon in the automotive sector, it would not be a far-fetched idea for Tesla and Volkswagen. The two companies have executives who are more than happy to show each other their products and the could even encourage each other to develop their companies. Volkswagen has been producing automobiles in Germany since 1937. Eighty-five years of market data could help Tesla make a significant impact on the German market and if Tesla needed them, Volkswagen might certainly share some insight.

Meanwhile, Volkswagen has had a very public problem with its MEB infrastructure within the ID family of cars. On the other hand, Tesla has established itself as the most prominent software and EV tech figure and could always give Volkswagen a helping hand, particularly considering that Musk is more than willing to help the electrified fleets come to life. “Tesla is open to licensing software and supplying powertrains & batteries,” Musk said in July. “We’re just trying to accelerate sustainable energy, not crush competitors!”

What remains to be seen is whether the two corporations intend to help. But, the collaboration will help both Tesla and Volkswagen and, in the broader picture, will allow faster transition to a sustainable future. 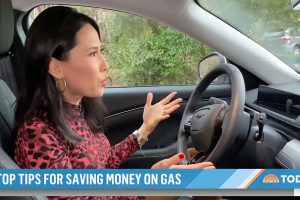 The Today Show released a helpful segment during this morning’s broadcast, showing 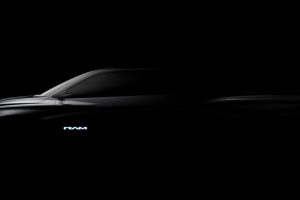 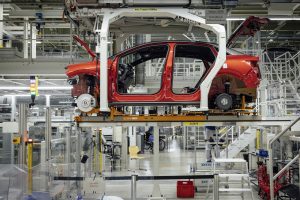 Tesla (NASDAQ: TSLA) announced this morning that it delivered 254,695 vehicles in