Tesla shares have slid over 15 percent in the last five trading days and nearly 47 percent in the past year for various reasons. Most recently, the stock’s performance has been highly affected by CEO Elon Musk’s purchase of social media platform Twitter, which has put many investors in a tough spot determining whether the company is the primary focus of its leader’s current endeavors.

However, investors have looked at it from different perspectives. While ARK continues to buy up shares, others are changing their outlook on Tesla stock, at least in the short term.

Dan Ives of Wedbush is one of the analysts changing their perspective on Tesla, at least temporarily. Tesla stock was removed from the firm’s “Best Ideas” list, as Ives wrote in a note to investors, “Our near-term view of this name is increasingly becoming more challenged. The longer-term bullish view of Tesla remains generally unchanged as we believe the EV demand and production story are still in the early days of playing out as part of a massive transformation to the auto world.”

Ives reiterated his $250 price target and an ‘Outperform’ rating on Tesla shares, which closed at below $180 yesterday. At the time of writing, Tesla stock was up 6 percent, trading at around $188.39.

The stock has traditionally been met with volatility since the Musk-Twitter saga began, and with a majority of his Tweets now promoting new ideas for his newest venture, investors are skeptical.

“Musk has essentially tarnished the Tesla story/stock and is potentially starting to impact the Tesla brand with this ongoing Twitter trainwreck disaster,” Ives said. Perhaps some of the most piercing words of the note from Ives were that Musk has done “what bears have unsuccessfully tried for years…crush Tesla stock by his own doing what we view as a purely painful dark situation.”

Nevertheless, Tesla’s permabulls continue to attach themselves to the company’s thesis. ARK remains bullish on Tesla.

World’s largest autonomous vehicle test to be conducted in Nashville 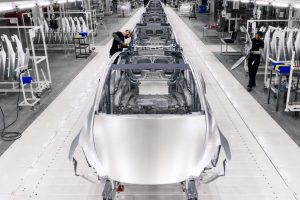 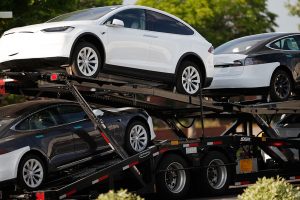 The dominance of the electric vehicle industry by Tesla continued in 2020, 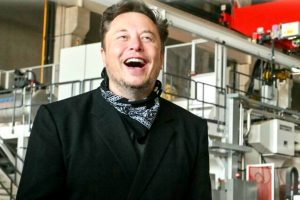 Last week, reports emerged that JPMorgan, one of the United States’ biggest

Larry Ellison will not return to the Tesla board, the automaker said