A new analysis shows that Tesla’s profit margin per vehicle built towers over that of Toyota by roughly eight times. Tesla built a little more than one-seventh of the vehicles Toyota did from July to September but outshined the Japanese company where it matters in Q3 2022: on the financials sheet.

Tesla’s profit margin per vehicle for Q3 2022 was eight times what Toyota brought in, an analysis from Nikkei Asia shows. Tesla reported $3.29 billion net profit in Q3, while Toyota said it made $3.15 billion in the same time frame. There’s more to the story, though.

Toyota was caught in the middle of several scenarios that required unforeseen spending. For example, Toyota was plagued with high operating costs as electricity prices skyrocketed, and relatively predictable material cost increases also contributed to monumental spending in Q3. In all, Toyota’s financial spending pushed operating profits down just over $3 billion.

This is not to say that Tesla has not refined its manufacturing processes and spending to reach world-class levels. For years, Tesla has been known to have some of the best profitability margins on its vehicles in various markets. In China, gross margins for the Model 3 and Model Y reached as high as 39 and 29.4 percent, respectively. Tesla has continued this globally, with its automotive gross margin of 27.9 percent in Q3, unchanged from Q2.

The company’s highest gross margin in the past year was 32.9 percent, which occurred in Q1 2022.

Tesla is on scale much smaller than Toyota. In 2021, Tesla delivered almost exactly one-tenth of the cars that Toyota did on a global scale. Tesla reported 936,000 deliveries for the year, while Toyota’s 9.51 million units were enough to make it the best-selling car company of 2021.

However, on a quarterly basis, comparing Tesla to Toyota in the three months from July to September, Toyota sold 7.6 times as many cars as Tesla. This is where the financials come into play and where Tesla’s profit margin is really impressive.

Nikkei Asia’s analysis shows Tesla made $9,570 per vehicle during Q3, enough to make Tesla more profitable per vehicle than any other manufacturer on the planet. However, the report states this is unconfirmed. Toyota made only around $1,200 per vehicle.

“The biggest factor behind Tesla’s profit growth is sales volume, then prices hikes and a rise in self-driving software sales,” an analyst at SBI Securities said.

Cutting operating costs is not out of line or uncommon for Tesla. Recently, the company started trimming expenditures in China by ditching flashy showrooms and swapping them out for multi-purpose facilities instead. In terms of manufacturing, the Giga Press revolutionized vehicle castings for the company by eliminating parts, improving production time, and increasing efficiency.

Tesla’s unique stance on vertical integration has also led to reductions in overall spending, leading to more profitability per vehicle. 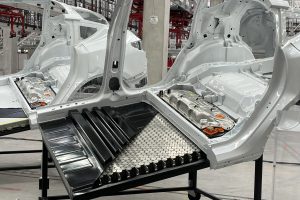 In the latest video from Munro Live, Sandy Munro’s team goes over some improvements 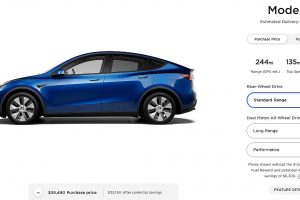 As per recent updates on the vehicles’ online configurator, Tesla’s entry-level Model 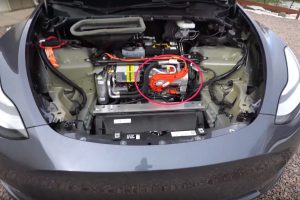