Video of a Tesla crashing into a $2 million Cirrus Vision jet at an aircraft event while operating on the “Summon” feature has been circulating through several Reddit communities.

Initially shared in the r/flying subreddit, the video shows that was apparently captured by security cameras shows a Tesla operating on Summon riding through a small airport before hitting the tail section of a small Vision jet, turning the aircraft about 90 degrees before coming to a complete stop.

Summon is a feature that is part of Tesla’s Full Self-Driving suite, which allows an owner to literally bring their car to their location using their Smartphone and its GPS locator. The vehicle will utilize its external cameras to identify surroundings and objects, but it is not accident-proof.

There is no real explanation for why the vehicle did not stop before the Tesla reached the plane, especially because we don’t know exactly when the vehicle in question was manufactured. Tesla previously utilized cameras and radar within its vehicles for its semi-autonomous driving functions, but recently transitioned to camera-only system with the introduction of Tesla Vision. Tesla Vision was initially introduced with the Model 3 and Model Y, which lost any radar starting with deliveries in May 2021. The camera-based system was installed into Model S and Model X vehicles delivered in or after mid-February 2022.

Members of the r/TeslaMotors subreddit speculate that the cameras and/or sensors installed on any Tesla vehicle may not have detected the plane because the part of the aircraft the car hit was in the air. While this is unconfirmed, it could explain why the vehicle didn’t identify such a large object in front of it, as the vehicles have been pretty accurate in terms of Summon operation in the past.

Not many new developments in terms of Summon have been released. In July 2021, CEO Elon Musk said once Tesla moved Summon and other FSD features to a single stack, vast improvements would be made. 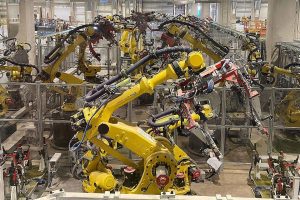 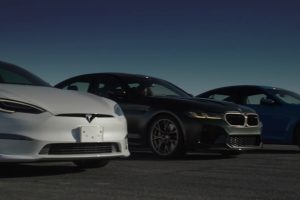 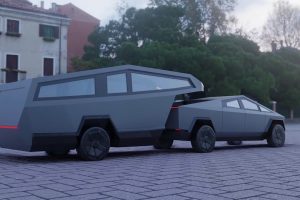 Rep. Keith Kidwell of North Carolina has proposed what could very well