One thing you can be sure of during a Tesla earnings call is that Elon Musk will mention new details about 10 different things he is working on that were not public knowledge before. Here’s an example: During the call this week, Musk let slip that Tesla will have fully autonomous robotaxis with no steering wheels or brake pedals in service by 2024 — 2 years from now. At least, that’s the goal.

“With respect to full self-driving — of any technology development I’ve been involved in, I’ve never really seen more false dawns — or where it seems like we’re going to break through, but we don’t — as I’ve seen in full self-driving,” he said. “And ultimately, what it comes down to, is that to sell full self driving, you actually have to solve real world artificial intelligence, which nobody has solved,” Musk said.

“The whole road system is made for biological neural nets and eyes. And so actually, when you think about it, in order to solve driving, we have to solve neural nets and cameras to a degree of capability that is on par with, or really exceeds humans. And I think we will achieve that this year.”

He added, “I think it can be very powerful product where we aspire to reach volume production in 2024. I think [the robotaxi] really will be a massive driver of Tesla’s growth.” He said he thinks Tesla robotaxis will be “by far the lowest cost-per-mile of transport that [people have] ever experienced. Look at some of our projections. It would appear that a robotaxi ride will cost less than a bus ticket, a subsidized bus ticket, or a subsidized subway ticket.”

What would a rollout plan look like? Will they service suburban and rural areas or just city dwellers? We don’t know.

Just a few days ago, we reported that Tesla had changed the terms of its leases to prohibit people who lease their vehicles from purchasing them at the end of the leasing period or selling them to a third party. They have to go back to Tesla, presumably because the price of used Teslas has skyrocketed recently due to market dislocations associated with the pandemic.

That restriction has applied to Model 3 leases since 2019, the thinking being that they would be the foundation of the Tesla robotaxi fleet when the original lease was up. That’s not going to happen, apparently. The question is whether Tesla will keep going down the road of fully autonomous robot cars that are supposed to be able to drive anywhere, or whether the company will simply fix certain niche problems to get the cars driving themselves well in certain geographic areas in order to get some on the road. The plan has always been the former.

Also, will Tesla continue to rely exclusively on cameras for its self-driving technology hardware when almost every other company on Earth is incorporating radar and/or lidar into their autonomous driving technology.

Musk suggested there would be an event next year devoted to providing more details about those robotaxis. He is very good at staging extravaganzas but the promise of a fully autonomous Tesla is something that has been in the wind for many years. Recently, Musk pooh-poohed the idea of a less expensive car, saying the company already has so many projects on its plate — the Cybertruck, the Semi, and the Roadster 2.0, among others — it simply had no ability to take on one more thing.

And yet, suddenly, there is a new robotaxi model added to the agenda with no indication about where it will be built or how many will be manufactured. Despite his many attributes, Elon has a propensity for making grand promises that seldom come to fruition on time. Will there be Tesla robotaxis in service in 2024? “We’ll see,” said the Zen master. 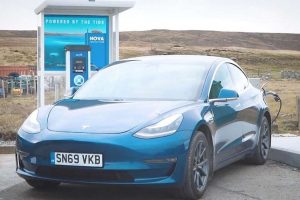 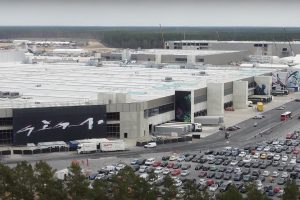 Tesla Gigafactory Berlin may already be producing vehicles, but the facility itself 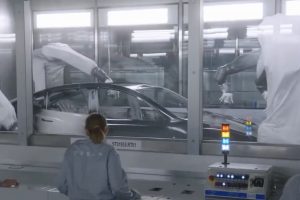