Tesla rolled out update 2020.48.5 recently, and it features a number of improvements that would make the company’s vehicles safer and more convenient to use. These improvements include updates to Sentry Mode, some new messaging optimizations, and Navigation improvements for cars in China, among others.

Following are some notable features from 2020.48.5, as per the Release Notes from the electric car maker.

“Sentry Mode footage of the last panic event will now be saved to onboard memory. To view or save this clip, plug in a USB device, launch the Dashcam Viewer, and tap the save icon on the bottom right corner of the screen.”

This Sentry Mode update is being rolled out to qualified vehicles in Tesla’s fleet worldwide.

“To improve navigation guidance through complicated highway junctions and city intersections, an image of the intersection with the highlighted lane guidance will now be displayed in the instrument cluster.”

For Model 3 and Model Y, these lane guidance graphics will be displayed in the turn-by-turn instructions on the 15” touchscreen.

Before these improvements could be implemented, the latest version of Tesla’s Navigation maps must be downloaded. This feature is only being released to cars in China, at least for now.

“Consecutive messages from the same sender will now be displayed and dictated together for an improved viewing and listening experience. To view conversations, open the Application Launcher and tap Call > Messages.”

With the update, Tesla Model 3 and Model Y owners have the option to easily dismiss an incoming text message or re-record an outgoing text. This can be done by double pressing the right scroll wheel button.

“You can now press the small black button to the left of the charge port inlet to unlatch the charge cable when your car is unlocked. This may be particularly useful when charging with charge cables that do not have a release button on the connector handle.”

This update, which could make charging vehicles more convenient, is only being rolled out to Model S and Model X owners for now.

“TRAX is now redesigned to help you create audio masterpieces with just a few taps. Quickly preview and mix sounds with a new drum machine and instrument selector, or use new tools and volume controls to reorder, loop and mix tracks. To access, open the Application Launcher and tap Toybox > TRAX > Let’s JAM.”

TRAX may be a minor feature for Tesla’s vehicles, but its more robust feature set does make it easier to use. This adds to the entertainment factor of Tesla’s electric cars, which helps owners pass the time when waiting in places like a Supercharger. 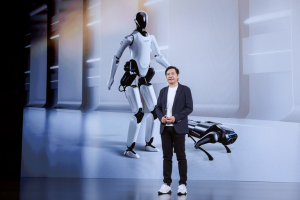 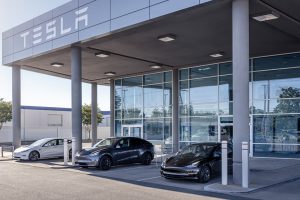 Tesla has fired its Singapore country manager, just over a week after

Tesla fans have zeroed in on a battery startup called Amprius. A Earlier this month, we reported that $40 million in penalties seemed ready for distribution